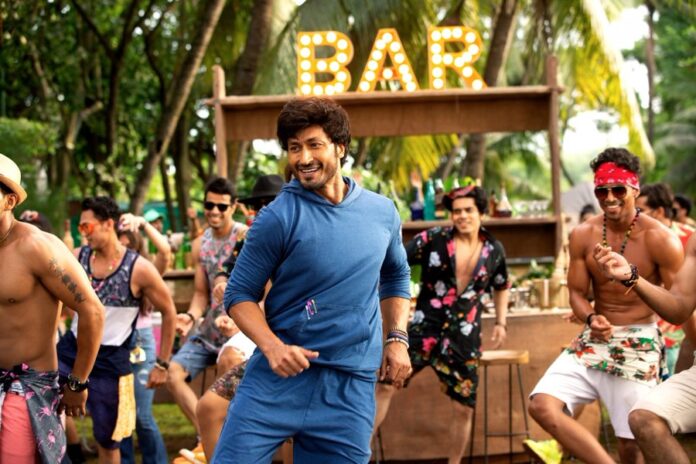 ‘Sanak’ is an immensely slick, if also old-fashioned and formulaic, entertainer. Vidyut Jammwal fans and action buffs will lap up this taut thriller, which is set entirely in a hospital building.

Vidyut Jammwal is Vivaan Ahuja, an MMA (Mixed Martial Arts) trainer. His wife, Anshika Maitra (Rukmini Maitra), a heart patient, lands up in the hospital for a medical procedure. On the day she is supposed to be discharged, a group of goons led by Saju Solanki (Chandan Roy Sanyal) take over the hospital in an attempt to smuggle out Ajay Pal Singh (Kiran Karmarkar), a corrupt arms dealer who is in for a pacemaker replacement.

Writer Ashish Prakash Verma cleverly structures the actioner around Vivaan, a devoted husband who would go to any length to take care of his wife. His true identity, as that of an MMA trainer, is revealed at a much later stage of the story, thus making the action scenes plausible.

Vivaan finds himself pitted against a dozen hijackers who are a lethal and formidable force – they are highly trained specialists, and they are out-and-out monstrous. Like most leaders, Captain Saju Solanki is an egomaniac who mouths unimpressive lines with panache.

It is amusing to hear him defy Vivaan with “blah … blah … sanak” with great aplomb, not once but a couple of times. It is funny because the character just lacked displaying the craze or obsession.

Also, unfortunately, the broader political setting of ‘Sanak’ is so superficial and external to be the core action that it becomes mere conventional decoration. Neha Dhupia, despite giving a fairly competitive performance as ACP Jayati Bhargav, appears like a mere stooge.

Indeed, what’s missing from the film is a vigilant intelligence, a sense of contemporary immediacy that would charge the story with greater excitement. In other words, the plot lacks high-tension moments.

But the fun of such predictable fare is based on exhilarating action set-pieces, of which the film has plenty. Scoring again on this point is the stunts master who delivered seamlessly choreographed action sequences and enlivened the otherwise simplistic narrative.

‘Sanak’ stays wholly within the conventions of the action genre, lacking any thematic turns or twists. The anticipated climax, a man-to-man fight between Vivaan and Saju, comes at the very end. It is also too brief and disappointingly staged.