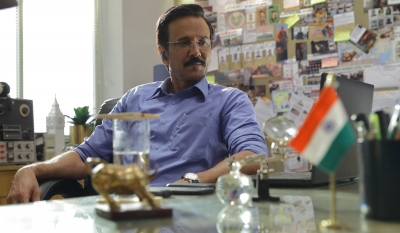 Series: Special Ops 1.5 – The Himmat Story (Streaming on Disney+ Hotstar). Duration: 31 to 51 minutes per episode (four episodes in all).

This series consisting of four episodes is the prequel to the ‘Special Ops’ series that was initially launched in March 2020. It is the origin story of the legendary, non-conforming, super-efficient RAW officer Himmat Singh (Kay Kay Menon), whose career spanned nearly two decades.

Sheikh tells them how Himmat Singh tackled cases that were a threat to the country in the early 2000s. He even informs them about how Himmat had handled rogue colleagues and obstinate superiors. He gives us an insight into Himmat’s personal life too. How Abbas knows so much is a guess the audience would need to ignore.

Also, Banerjee and Chaddha’s frivolous and cartoonish banter with Sheikh in every episode drops the quality of the series notches down. It also breaks the momentum of the narrative.

Kay Kay Menon as Himmat Singh is no James Bond, but he delivers a realistic image of an Indian spy. He is ably supported by Aftab Shivdasani as his colleague Vijay Kumar, Aadil Khan as his rogue colleague Maninder Singh, Vijay Vikram Singh as the Indian Navy Commodore Chintamani Sharma, Santanu Ghatak as Vinayak Shukla, India’s High Commissioner in Colombo, Maria Riaboshapka as the Russian mole, Shiv Jyoti as Himmat Singh’s love interest Anita Sharma, and Gautami Kapoor as Vijay Kumar’s wife Saroj are all actors with substance and they are a treat to watch.

Technically, the episodes are brilliant. Astutely mounted with sleek production values, the high-octane drama takes place across Mumbai, Delhi, Mauritius, Dhaka, Nepal, London and Moscow. The era is excellently captured with mobile instruments and digital cameras of that period being appropriately showcased.

And some of the locales are exquisitely framed by the directors of photography, Sudheer Palsane and Arvind Singh. The aerial shots in the third and fourth episodes are worth looking forward to.