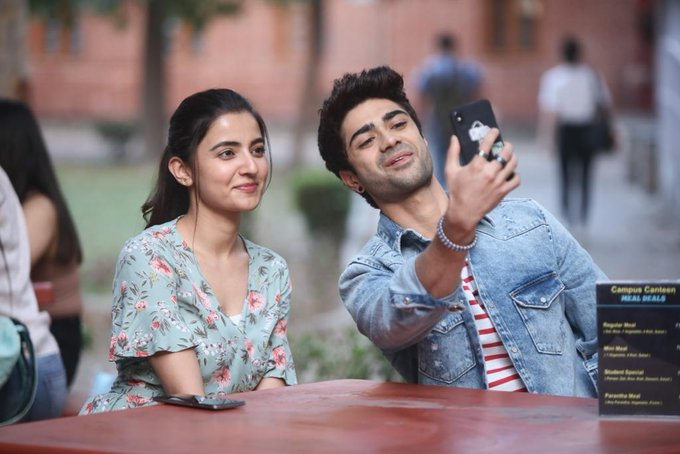 Duration: Approx. 41 minutes per episode (eight episodes in all)

There are numerous portrayals of student life dramas on the OTT platforms, but very few series have attempted to capture the ethics and ethos of the students and the society they live in. This is one of them. Yet, technically the series, full of fluff but relevance, is not an eyeopener. It is a fictional drama.

Set in Northern India, ‘Jugaadistan,’ which means the abode of ‘Makeshifters’ (fixers), is the coming-of-age story of a diverse group of university students.

The series aims to capture the universal feelings of the transition years of the students during their college days as they try to fix the missing elements of their lives to survive and shape their futures.

Without getting into caste, creed, and class divide, the series focuses on how a group of students, some with good intentions and others for greed, are drawn into the quicksand of corruption that surrounds them, mainly entrance examination, admission, and recruitment scam. These scams involve academicians, local politicians, bureaucrats, and businessmen who employ imposters to write papers, manipulate examination arrangements, and supply forged answers.

Apart from this, there is a fair dose of – ambition and friendships, crushes, and heart-breaks.While the first episode lays the foundation of the narrative, the plot propels after Tarush Khetrapal (Arjun Mathur), a senior journalist at Modern Times, and his colleague Aditya Sikka (Keith Sequeira), try to investigate the death of Priyanka Tomar (Yashika Gor). She is a bright student whose life was cut short and dismissed as a suicide case.

Running parallel to this plot are the tales of; Ruhi Sada (Rukshar Dhillon), Devika Nambiar (Zarin Shihab), Laxman aka Lucky Kohli (Taaruk Raina), friends and bright students of City University, Ayesha Rehman (Ahsaas Channa), an aspiring journalist and Kenny Laishram (Smil Lukram), a student from Manipur. How their lives are intertwined with that of Gaurav Bhati (Sumeet Vyaas), the General Secretary of the Students’ Union of City University, forms the crux of the narrative.

Parambrata Chattopadhyay plays the concerned and conscientious professor Bijoy Das who smells a rat when he finds his bright students gradually losing focus.

The plot of the first four episodes meanders playfully with twists and turns, but the timelines of the sub-plots and the editing are askew. They temporarily throw the viewer off-gear- a case in point is the scenes involving Aditya Shikka.

While most of the scenes are well-written and they capture the moments precisely, there are a few inciting moments within the scenes- that are brushed off lightly. If you blink, you would miss what disrupts Mika Singh’s show in the fifth episode.

It’s only after the fifth episode that the narrative gets intense and hooks you big-time.

In the seventh episode, the series offers little bits of advice and life lessons, and by the end, we learn that wrongdoings never pay off.

Overall mounted with good production values and sincere performances from the efficient cast, the look, and feel of the series, is very relatable and thus engaging. (IANS)