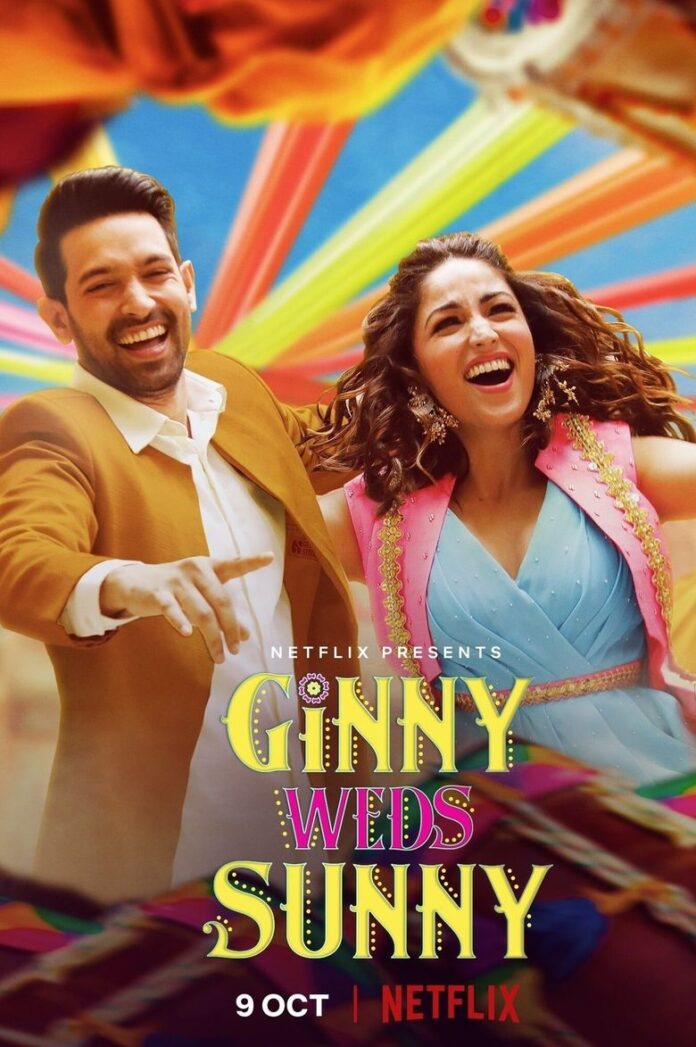 Ginny, Sunny and their not so funny misadventure of love sets you wondering within 10 minutes of the start: Why was this film made in the first case? The question plays in your mind on the loop all through the runtime that follows. By the end of it, you realise this was a couple of hours ill-spent.

It’s all very formula-bound and, like the tired remix of a past-expiry-date Mika song in the film, absolutely unnecessary.

Billed as rom-com with very little ‘rom’ and almost no ‘com’, Puneet Khanna’s debut directorial effort runs low on entertainment quotient right from the start, doing gross disservice to a cast that impressively manages to rise above the unimaginative writing. You feel bad for Yami Gautam and Vikrant Massey, as well as the half dozen-odd prop actors who eagerly try living out their roles as papas and mammas, exes and siblings.

It’s taken two writers (Navjot Gulati and Sumit Arora) to spin out a yarn that is not half worth the runtime. This is the story of Sunny, or Satnam Sethi (Vikrant Massey), a West Delhi guy whose skills as a chef seems inversely proportional to his ability to impress girls. Which is a big problem, for Sunny’s father (Rajiv Gupta) refuses to fund his restaurant dreams till he gets married.

And then there is Ginny, or Simran Juneja (Yami Gautam), hopelessly confused about love and still continuing with her ex Nishant (Suhail Nayyar) as best friends. She clearly has no idea of what’s going on in her life, despite the attitude with she goes about dealing with the world.

Ginny and Sunny are neighbourhood chums, and he confesses she is “out of my league”. But here lies the twist. If Sunny needs to get married for the sake of his restaurant, Ginny’s mom (Ayesha Raza Mishra) wouldn’t mind Sunny as a son-in-law. So, she decides to assist the boy from the wings, as he sets out to woo her daughter. Sunny’s dad pitches in too, because he loves the idea of Ginny as his son’s wife.

Having established the above premise within the first act, the dramedy that unfolds is mostly all about Sunny chasing Ginny, Ginny trying to fathom what or who she wants to chase or be chased by, and a sort of three-way confusion involving Nishant that is meant to create humour, except that it doesn’t.

The film’s title could seem like a dead giveaway of what will happen, and the least you would expect is some sort of an original twist somewhere. Instead, the narrative uses every stereotype of the Bollywood ‘shaadiwaala’ film to force the story into a space where the climax can only be about one of the two protagonist on the verge of getting married, so that the other arrives to set up unconvincing comic drama.

By the time the film is finished letting you down with a narrative that adamantly refuses to set up any sort of originality for the rom-com genre, you are too bored to care about who ended up wedding whom.

Ginny Weds Sunny is a film that would seem cool a decade ago. In 2020, it passes off as a Bollywood blunder. (IANS)