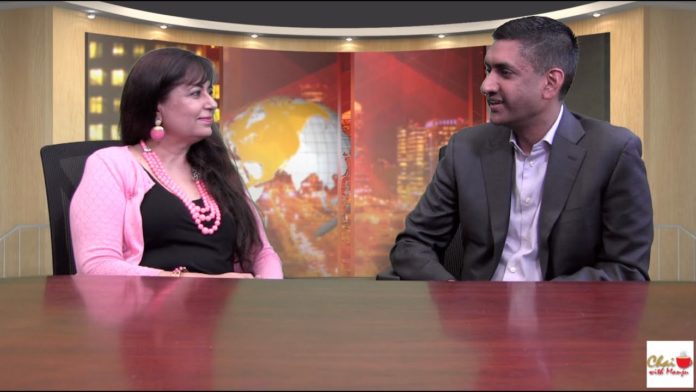 WALTHAM, MA—The 2020 election season is not over yet, but some have already started talking about US Congressman Ro Khanna for 2024.

He is smart, persistent, caring, and excellent communicator. Recently, he visited our studio and talked about politics on Face-to-Face, and then had a lighthearted conversation about his heritage, courting his wife, food and future on Chai With Manju.

Rep. Khanna (D-CA) represents the California 17th Congressional District, which is located in the heart of Silicon Valley in the Southern area of the San Francisco Bay Area. It is the most high-tech district in the world. The district encompasses portions of both Santa Clara County and Alameda County including the cities of Fremont, Newark, Sunnyvale, Cupertino, Santa Clara, North San Jose, and Milpitas.