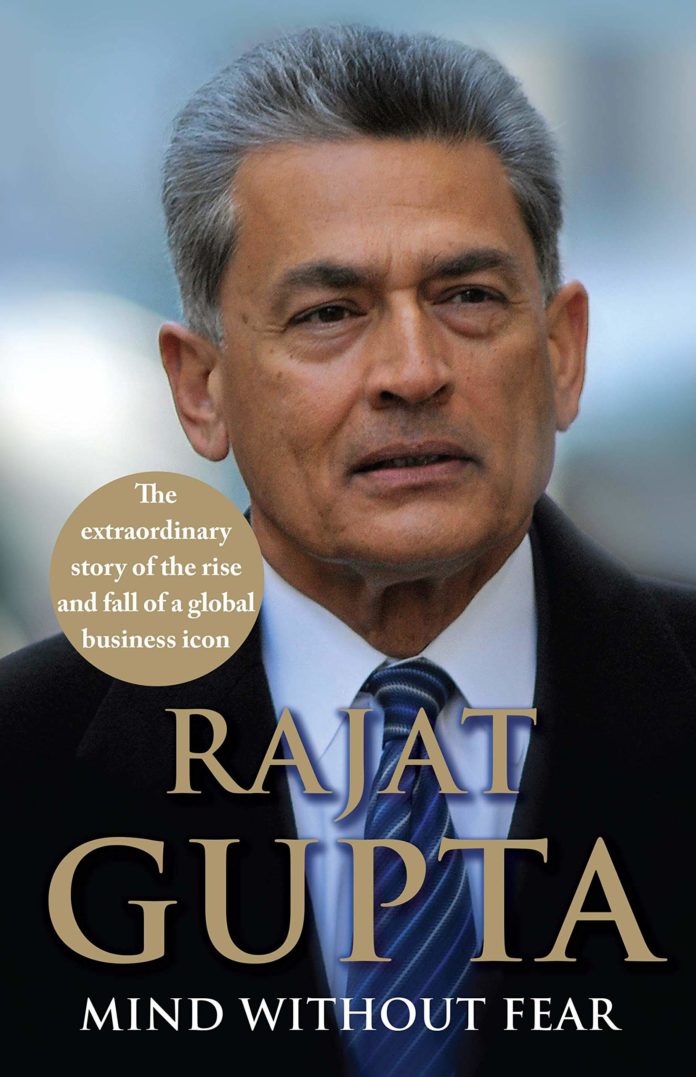 New Delhi–Rajat Gupta, the first foreign-born head of influential management consultancy McKinsey and Co who was jailed for two years for insider trading, says his biggest regret is remaining silent in court even as his legal team mounted a vigorous defence and insists that he did no wrong but “would anyone in the courtroom realise this?”

“To this day, that decision is my greatest regret. Without my testimony, our defence was considerably diminished. After all, how can you demonstrate that you did not do something. How can you prove a negative”, particularly in a situation in which his lawyers could not use the term “integrity in examining character witnesses because it was “too vague”, Gupta writes in his memoir, “Mind Without Fear” (Juggernaut), the title inspired by Nobel laureate Rabindranath Tagore’s “Gitanjali”.

“Integrity was a virtue that I’d striven for my whole life, but what did it really mean? Did it demonstrate integrity to miss the fact that one’s business associates were involved in illegal activity? Could one be said to have integrity if one was too busy to pay close attention to critical financial deals and ended up being cheated. I have lived a full life and tried to do good in the world, but I had not always achieved balance or integration between my many commitments,” Gupta writes.

Insisting that he “certainly did not intend” to provide insider information on investment banker Goldman Sachs to Sri Lankan-American former hedge fund manager Rajakumaran Rajaratnam, jailed in 2011 for 11 years on 14 counts of fraud, Gupta admits: “Perhaps I said more than was strictly appropriate for my role as a board member, but my motives were to support, not betray the bank.”

He then poses a crucial question: “Would nayone in the courtroom realise this though, when I was given an opportunity to clear myself?”

“The choice not to tesstify continues to haunt me – not becuase I know the outcome would have been different but because at least it would have allowed me to accept the outcome better, knowing I had done my best in every way. The fact is I succembed to fear in that moment, and that is something I find it hard to forgive myself for and to live with,” Gupta writes.

Noting that he finds it “painful” that he could not continue on his journey “of giving back to society in an impactful way”, or bear the loss of his reputation and position of leadership, Gupta states: “But the truth is, that was all lost long before my decision about (not) taking the stand. The day the SEC charged me, the damage was done, an no matter what I’d done differently during the trial, I’d already paid that price.”

“In the end, however, I accept that perhaps this course of events was simply my destiny. It is not my job to understand why, it is just my job to make the best of it. Again, I remind myself, life is a series to experiences. None is inherently good or bad – it is what you make of it. I am thankful to have been remineded of what really matters in life,” Gupta maintains.

“I want to try something completely different, to focus inwardly. Perhaps a greater emphasis on the spiritual dimension will offer avenues for personal growth? I am at peace with my paast, and the question on my mind is: How should I complete this life with tranquility and grace,” Gupta concludes.