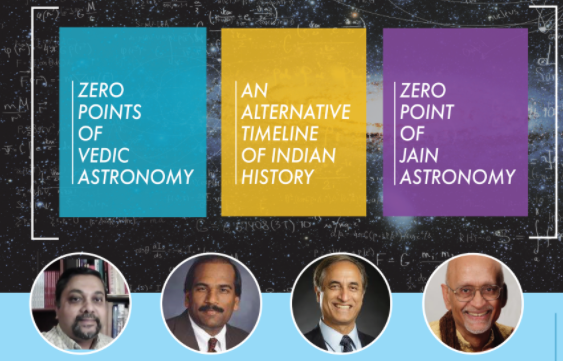 BOSTON—Authors Raja Roy and Subhash Kak and entrepreneur Mukesh Chatter will participate in a panel discussion on “Validating History Using Astronomy” and launch of three books written by Mr. Roy on Sunday, Feb. 21, 2021.

Organized by Hindu Media Bureau, please see the details below for the virtual panel:

“The study of Indology is largely based upon the timeline of Indian history as presented by the Greek historians. It considers King Alexander and Chandragupta Maurya to be contemporaries. Many scholars have argued that the original timeline of India is different and has its point of origin at least 700 years earlier,” Hindu Media Bureau said in a statement. “Most of the original body of evidence that could shed light on the possibility of another timeline was destroyed during several invasions of India. The lack of scientific evidence persuaded modern historians and Indologists to build upon the timeline that was presented to them.”

Mr. Roy took the challenge to establish truth in the arguments in a scientific way. Years of research paid off when he discovered a way to use astronomy to support his inquiry. He has written several books featuring various aspects of his research, the statement said.

Hindu Media Bureau will launch the three books written by Mr. Roy that particularly explain an alternative timeline using scientifically proven, new zero points of the Jain and Vedic astronomy, the statement said. The three books are- Zero Points of Vedic Astronomy, An Alternative Timeline of the Indian History, and Zero Point of Jain Astronomy.

The webinar will be conducted as a panel discussion that will highlight the issues with the currently perceived timeline, the methods of Mr. Roy’s discovery and the applications of the new understanding in various fields. The 90-mins panel discussion will be moderated by Abhaya Asthana, who has championed the cause of promoting and nurturing the Indian culture in the United States for decades.

“Only once in a while, we are presented with a discovery significant enough to shape our identity as a society and validate our evolution,” said Dhanashree Ramachandran, one of the organizers of the panel. “Dr. Raja Roy’s work is of the same legendary status. I feel fortunate to be around to attend this discussion by the four scientists in real time because I can see how it is going to define elements that will shape the future of how contributions of India will be seen in the world.”

The webinar will be simulcasted over YouTube, Facebook and other social media platforms. Title- Validating history using astronomy: Date: SUNDAY FEB 21, 2021 at 11am EST/ 8am PST/ 9:30pm IST. 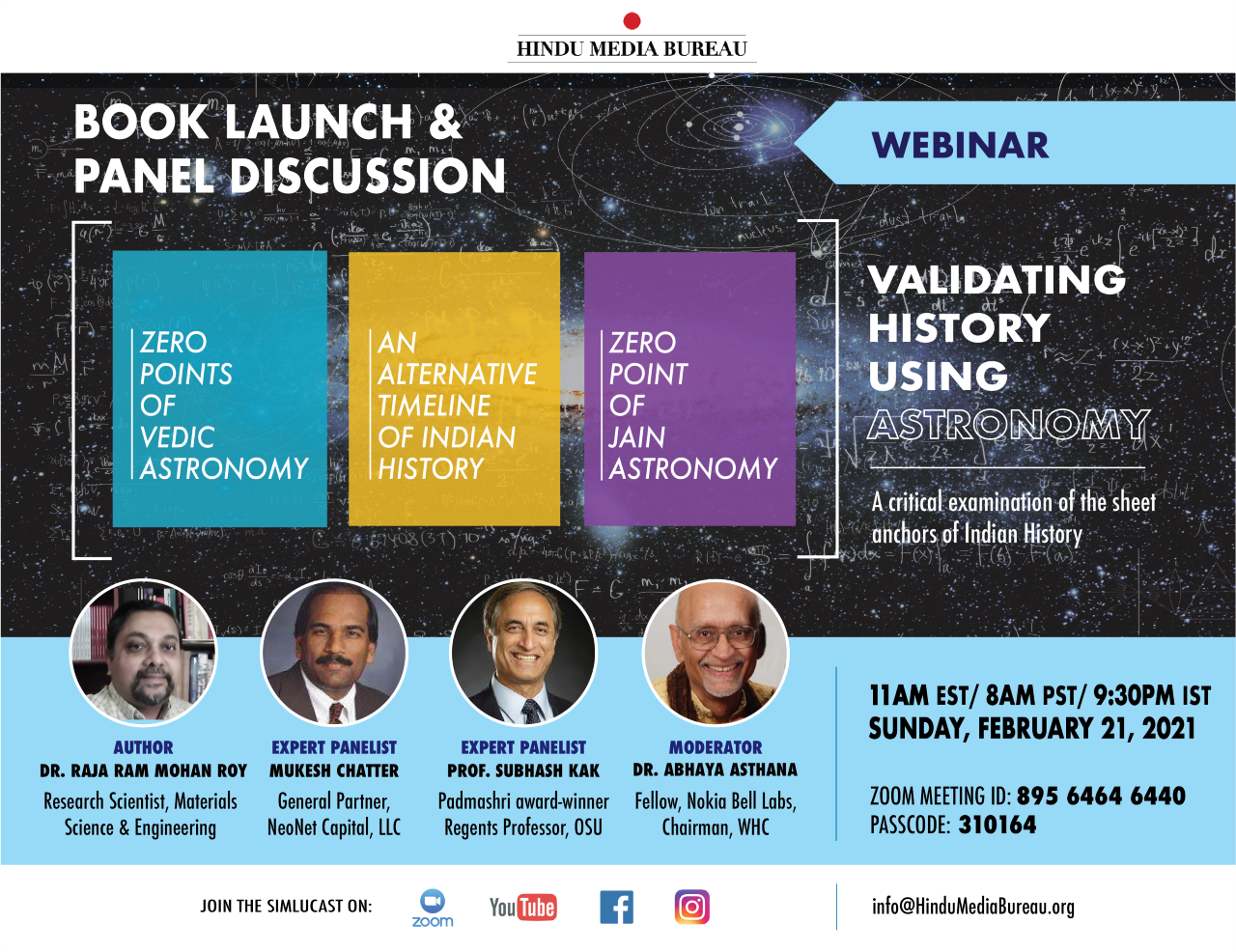