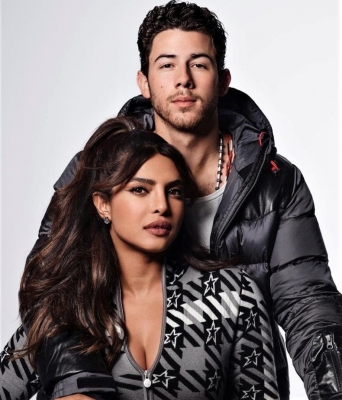 Los Angeles– Actress Priyanka Chopra Jonas, who recently celebrated her birthday, doesn’t want to share the mic with her husband Nick Jonas although she is a singer herself and has lent her voice to songs like ‘In My City’ and ‘Exotic’.

Priyanka, is diversifying in other avenues as an entrepreneur, after setting up her New York City restaurant named ‘Sona’ and investing in home decor, the actress along with Nick has recently invested in a UK-based luxury fashion and sportswear brand specialising in ski and surf clothing, reports ‘Variety’.

While talking to ‘Variety’, the ‘Barfi’ actress mentioned, “I love working with Nick so you’ll see things happen as the years unfold. But I’ll never sing with him.”

When she was asked the reason behind her decision especially when she is a singer herself, PC responded by saying, “Not like him! No chance. He’s a musical prodigy.”

But, the actress assured that someday they will share the screen. ‘Variety’ quoted her saying, “We’re definitely developing a bunch of TV and film stuff together.” (IANS)