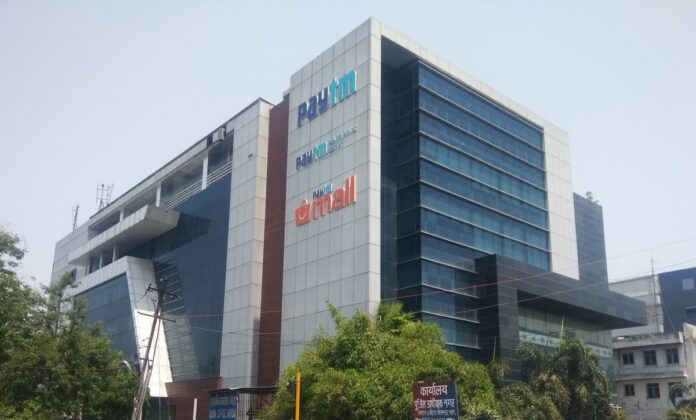 New Delhi– While Paytm had been the most hyped and anticipated listings of the year, it turned out to be quite a debacle on the D-day. MapmyIndia on the other hand had a relatively low-key build-up to its IPO but turned out to be a hit with the investors, private wealth management company, Client Associates said in a note comparing the two IPOs.

“True to our earlier recommendation and, contrary to the hype, Paytm IPO just scraped through with its overall issue subscribed a mere 1.89 times while MapmyIndia turned out to be one of the more successful tech-IPOs of the year”, the note said.

Citing the reasons for Paytm’s dismal IPO performance, Client Associates said Paytm over the years has dabbled into a host of businesses — wallet, payment gateway, consumer lending credit card, wealth, insurance distribution, ticketing, gaming, advertising, but hasn’t managed to become a category leader in any of them so far except for its Mobile-wallet business.

One reason is that it faces intense competition in each of these verticals. Large ecosystem players like Amazon, Google and Flipkart in the spaces of BNPL, distribution of financial products and so forth have forced down its unit economics and prevented it from acquiring any meaningful market share, the note said.

Paytm’s constant venturing into new business categories has raised concerns about its overarching vision and business focus while keeping its investors and consumers confused about its core value proposition.

Moreover, mobile-wallet business is fast being rendered inconsequential due to an exponential rise and acceptance of UPI payments which are free and yet not monetizable.

Lending business i.e. loan distribution to its base of consumers and merchants seems to be Paytm’s next big course but there too, regulatory risks around getting a banking license remain high due to large ownerships by Chinese firms, the note said.

On the financial concerns around Paytm, Client Associates said Paytm has so far raised $4.6 bn and has gained the dubious reputation of being a cash-guzzler with virtually 70 per cent of the equity capital drawn by it so far gone towards funding losses.

What is baffling to investors is that despite reaching a scale of average annual revenue of Rs 3,500 crore, the company still doesn’t have a viable business model and a visible path to profitability in sight, the note said.

In the last three fiscals, Paytm posted an average negative EPS of Rs -43 & average RoNW (Return on Net Worth) of -36.90 per cent.

As per some analysts, despite factoring in an aggressive 50 per cent CAGR increase over the next five years in non-payment business revenues, Paytm would still not be able to generate positive FCF (Free Cash Flow) before FY30E, the note said.

On the valuation concerns, the note said Paytm’s valuation of 1.39 lakh crore at annual revenue of Rs 3,500 crore and negative earnings looked irrationally expensive from all parameters.

There was negative investor perception as the company’s complicated organisation structure with 15 domestic and 17 international subsidiaries and step-down subsidiaries, related-party transactions amongst them, attrition in top management, a weak and thinly staffed Board, were some other areas that concerned domestic institutional investors about Paytm’s corporate culture and governance practices, the note said.

Comparing it to the other IPO, the note said MapmyIndia on the other hand has not only had a consistent financial track record, business growth and improving margins, they have managed to create a robust moat and a clear vision for the company’s medium-to-long term future that inspired confidence in its stakeholders and investors alike.

Interestingly, though the prohibitively expensive pricing of Paytm has been one of the attributing factors to its IPO’s debacle, MapmyIndia itself was very aggressively priced. What seems apparent, is that investors are willing to pay a premium as long as expensive valuations have a visible rationale backed by strong Balance Sheets & fundamentals, visible growth prospects along with a commensurate ROE for its investors, Client Associates said. (IANS)