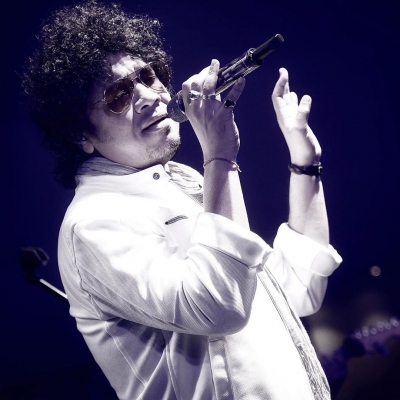 New Delhi– Singer Papon has acquired a national fan following with his brand of fusion music. In Hindi films, his songs ‘Jiyein kyun’ (‘Dum Maro Dum’) and ‘Moh moh ke dhage’ (‘Dum Laga Ke Haisha’) have been commercial successes. His stage performances across India are a hit among the youth. The singer will now be seen performing for the upcoming music show ‘Unacademy Unwind’ on MTV.

Prominent names in the music industry, such as Lucky Ali, Kailash Kher, Sonu Nigam, Badshah and Benny Dayal, among others, will also be on the show.

Elaborating on his participation in the digital show, Papon said during a chat with IANS: “I have touched upon something I haven’t done in the past. I will compose one original song. And then I will repackage the songs of Hemant Kumar and S.D. Burman. The soul will be old but the packaging would be new. I used to sing the songs of these legends in my college days.”

Talking about the tone of the songs he will perform on the MTV digital show, he said: “One song is introspective and philosophical and the other one is the happy-go-lucky type. I have kept the songs groovy and jazzy. I have used varied instruments such as the electric guitar, acoustic guitar, grand piano, trumpet, saxophone, keyboard, bass guitar, and folk instruments, notably the ‘bagal baccha’ and conga drums.”

The conversation then moved to what inspired him to launch his much sought-after folk-fusion band ‘Papon and The East India Company’, which has toured across the country. Papon said the inspiration came from his musician parents.

He was born to renowned Assamese folk singers Khagen and Archana Mahanta. “My parents were folk musicians. I used to go to shows with them as a child. I have seen them making around 80,000 people in the crowd going euphoric over folk music,” Papon remembered.

“I always wanted to bring folk music to the main stage,” he continued. “It has been there for centuries. But I also wanted to groove it to the sounds of today so that the new generation doesn’t regard it as yesteryear’s music. I wanted to build the bridge between then and now. So, I brought Assamese folk music to my band,” Papon said.

He said his parents have been a constant source of inspiration for him to create music. “A lot of the credit goes to my mother in terms of the subtle nuances of singing,” Papon elaborated. “My father was an amazing performer, so it has been my thing to sing live.”

His other inspirations? International rock bands and ghazal maestros. Signing off, Papon said: “Coming from the north-east, a lot of rock music, from Pink Floyd to Frank Zappa to Sting, inspires me. I am also fond of ghazals by Jagjit Singh, Mehdi Hassan and Ghulam Ali.” That’s called an eclectic choice. (IANS)