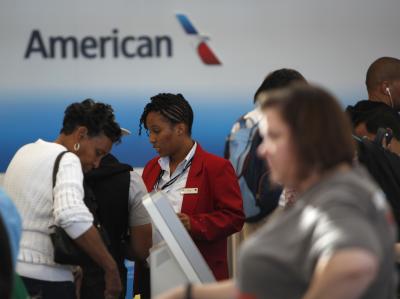 Washington– More than 5,000 flights were delayed in and out of the United States while over 800 were cancelled on Wednesday because of a computer outage in the Federal Aviation Administration’s ‘Notice to Air Missions’ system, which provides safety information to flight crews before take-off.

The FAA, which is the US aviation regulator like India’s Directorate General of Civil Aviation (DGCA), said that at around 9 a.m. (7:30 p.m. IST), operations were being restored with departures resuming at many US airports, adding that the pause it had ordered was being lifted.

The cause of the outage was not known till the writing of this report.

US President Joe Biden told reporters that he had asked the department of transport, which oversees aviation, to “report directly to me when they find out” the cause.

“They don’t know what the cause is, they expect in a couple of hours they’ll have a good sense of what caused it and will respond at that time,” he said.

The FAA ordered a pause on departures at around 7:00 a.m. (5:30 p.m. IST). Flights already airborne and those coming in to land were exempted.

FlightAware, a website that tracks flights, said that 5,417 flights within, into, or out of the United States were delayed and 2,246 were cancelled.

Industry experts said while operations were being restored, it will be several hours before they return to normalcy.

“Normal air traffic operations are resuming gradually across the US following an overnight outage to the Notice to Air Missions system that provides safety info to flight crews. The ground stop has been lifted,” FAA said in an update on Twitter, adding, “We continue to look into the cause of the initial problem.”

These disruptions did not carry over into the defence sector, which operates its own system.

Lt. Col. Devin T. Robinson, a Pentagon spokesman, told the Washington Post that the defence department uses a different system than the one used by the FAA. (IANS)