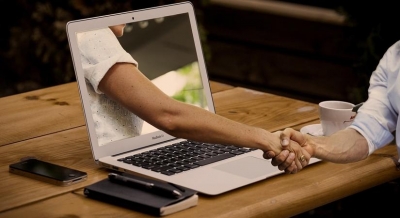 New Delhi– When it comes to online dating, 73 per cent of women prioritise emotional attachment in comparison to 55 per cent of men, said a new report.

Overall, the majority of the users are looking for emotional attachment than physical connection which means people are moving beyond casual dating and looking for an emotional connection, said the report by dating platform QuackQuack.

Meeting in person is the preferred choice of people in the 21-30 age group as well as above age 31 as they seek to make real connections.

On the contrary, 46 per cent of youngsters (below age 20) would prefer virtual dating, said the report.

The majority of people do not think a virtual date is enough to decide on a partner and would want to meet their date in person.

“The dating behaviour of millennials and Gen Z has evolved, more so with the advent of online dating and also, pandemic. Longer chat conversations, meeting over a movie/series or Netflix are some of the common dating trends,” Ravi Mittal, Founder of QuackQuack, said in a statement.

Further, the survey also highlights what people find most irritating while talking to someone on a dating app and the majority of people agree to “not getting a response from the person you expected” as the most irritating part.

Also, among online daters, 76 per cent of men as compared to 57 per cent of women feel meeting new people is the best way to get over toxic relationships.

QuackQuack claims to have over 12 million Indian users. (IANS)