Debates over the pluses and minuses of immigrant entrepreneurs on the American economy are white hot, but one thing seems stubbornly lacking from them: facts.

The arguments are familiar by now. Immigrants take jobs from native-born Americans, claims one side in lobbying for tougher immigration rules and policies. Proponents claim that, far from reducing employment opportunities, immigrants actually help create jobs.

“Advocates for immigration commonly say immigrants are responsible for a lot of great companies,” says William Kerr, the Dmitri V. D’Arbeloff — MBA Class of 1955 Professor of Business Administration at Harvard Business School. “After all, they argue, [Google founder] Sergey Brin was an immigrant—look at the power of job creation they bring.”

It’s hard to say who’s right, however. Outside of a few high-profile examples like Brin, there have been virtually no data to gauge the level at which immigrants create companies and jobs. Kerr has sought to remedy that problem with a new National Bureau of Economic Research working paper “Immigrant Entrepreneurship,” written with his wife Sari Pekkala Kerr, a labor economist at Wellesley College.

The paper uses a unique new database to track immigrants’ entrepreneurial activity over the past few decades, revealing, for example, what percentage of immigrants become entrepreneurs, the ups and downs of their companies, and the ability of those enterprises to create jobs.

“Before this, the most prominent source of information we had was self-employment statistics,” says Kerr. Self-employment, however, can mean many things and is frequently not connected with job creation; independent contractors with no employees may call themselves self-employed, while the CEO of a rapidly growing startup might not. 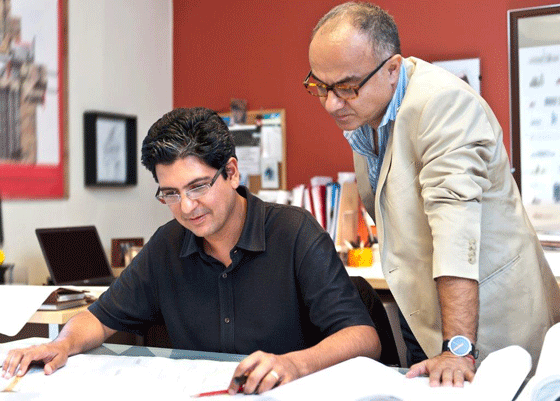 Research shows that the immigrant percentage of entrepreneurship in America has grown over time, from 17 percent in 1995 to 28 percent in 2008. ©iStockPhoto

Instead, Kerr and Pekkala Kerr used a database of detailed employer-employee information developed by the US Census Bureau called the Longitudinal Employer Household Database (LEHD), which includes employment data from state-level quarterly payroll filings of 200 million Americans from the years 1992 to 2011. (Currently, the database includes records from 11 states, including immigration hotbeds California and Florida, from 1992 onward. Twenty-eight states are present from 2000 onward.)

“The scope of the database is enormous,” says Kerr. “You are literally talking about billions of records.”

Pekkala Kerr, who is herself an immigrant from Finland who came to the United States as an exchange visitor, worked under the H1-B visa program, and ultimately became a US citizen, did the heavy lifting to wrestle the database into a platform that could track individuals’ employment history for the two decades. Kerr has specialized in research in entrepreneurship and innovation. Together, they were able to investigate how many people born outside the United States were responsible for firm creation and the traits of those firms.

First, the researchers needed to clarify what they meant by “entrepreneur.” Employer-employee databases are used worldwide to study entry and firm dynamics, but payroll information does not contain ownership structures. As such, they followed a practice used in other settings to focus on the three highest paid employees in the first year of a new firm, tracking them of the firm’s life span. An advantage of their US work compared to prior settings was that they could test many variants of this formulation and use auxiliary datasets to validate the robustness of their methodology.

Kerr and Pekkala Kerr calculated that approximately 24 percent of all entrepreneurs during their sample period were immigrants—an outsized proportion given that immigrants comprise only about 15 percent of the population. This contribution, however, was roughly in keeping with some of Kerr’s prior work on immigrant contributions to US patents.

In addition, Kerr and Pekkala Kerr were able to show for the first time that the immigrant percentage of entrepreneurship is growing over time, from 17 percent in 1995 to 28 percent in 2008 for a stable cohort of states present during the full period. The LEHD is being extended to 2012, and the authors will update the platform to extend further out.

Moreover, rather than stop with static measures of firm creation, the researchers tracked the fortunes of the firms that the immigrant entrepreneurs created. Examining statistics on growth and survival, they found that immigrant-founded companies were more likely to follow an “up or out” dynamic than those started by natives.

“They are more likely to fail than those founded by natives, but those that survive experience greater employment growth,” says Kerr. This “up or out” scaling dynamic is frequently connected to how entrepreneurs create jobs, and this finding suggests immigrants may play an accentuate role in that process. “The way entrepreneurs create jobs is not by staying small forever and creating a gazillion firms,” says Kerr. “It’s a small firm that grows to a Facebook or a chemical plant with 800 employees.”

Part of the reason why immigrant firms display these properties can be linked to where and what kind of firms they choose to found.

“You may find more immigrants in riskier industries and in more volatile business environments like California,” says Kerr. Controlling for industry and geography, the researchers found that immigrant and native founded firms show more similar growth rates and that immigrant firms may even survive longer. The authors also note that the job effects are larger in high-wage and high-tech sectors, and they report findings for firms backed by venture capital.

Taken as a whole, the new database offers a much clearer picture of the effects of immigration in the United States.

For example, even though advocates often use examples like Brin to argue for expanding the H-1B program, which is used for employment-based immigration by adults, the Google founder actually came to the United States as a child. A preliminary analysis by Kerr and Pekkala Kerr showed that immigrants who come into the country at a young age build better growing firms than those who come to the United States as adults.

So far, the analysis only scratches the surface of what the platform could potentially tell us about immigrants and job creation.

“We wrote a very long data appendix to the paper, because we want researchers to jump in and get cranking on this,” says Kerr. “You could fruitfully fill out a few years with outcomes you derive directly from the data source.” Moreover, despite its large size, the database could be relatively easily cross-referenced with any database that includes information on a firm level to show the types of jobs these companies create, the productivity of the firms, the kind of employees they are hiring, their patents, and so on.

It’s more difficult to overlay the database with information about individual employees, says Kerr, though not impossible, since the data does include anonymous personal identifiers that are built off of social security numbers. The Holy Grail would be to cross-reference the database with information about immigration visa status in order to measure which visa programs may be most effective at creating new jobs. One could also trace out career paths—for example, the extent that those arriving on an H-1B visa with a large company ultimately become entrepreneurs as they gain permanent residency. That kind of matching, however, raises access and privacy concerns.

“The federal government holds that information pretty tight,” says Kerr, “and so I am not banking on it being available any time soon.”

Whatever the eventual applications of the data, it is clear that the new database platform can offer valuable insights to inform the immigration debate. If nothing else, it hopefully will provide better estimates and numbers for the debate.

About the Author: Michael Blanding is a writer based in Brookline, Massachusetts.