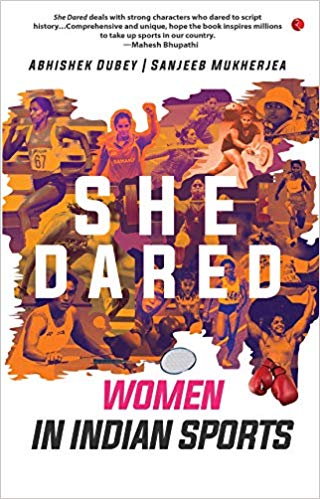 New Delhi– Read about how India’s political leaders have manipulated advances in technology; consider the core anxiety of consumers as the world begins to go through rapid and disruptive change; and finally, an ode to Indian sportswomen who have put India on the global map.

The IANS Bookshelf has a cerebral weekend for you in store. Immerse yourself!

There’s an apocalyptic story of how Lalu Prasad Yadav (as he then styled himself), resisted computerisation in Bihar as he feared this would upset – disrupt in today’s lingo – his intricate calculations of caste equations that could topple him as the Chief Minister. But then, have hagiographic accounts of India’s scientific endeavours, especially of its space and nuclear programmes, hidden the true story of the country’s lack of technological progress?

The laudable but stand-alone successes “have often been held up as evidence of India’s rosy eyed and uncomplicated relationship with technology. Reality is more complex,” writes Arun Mohan Sukumar, a doctoral candidate at Tufts University who heads the Technology Initiative at the Observer Research Foundation in New Delhi.

“As technological advancement became crucial to the sustenance of the Indian republic – and the electoral fortunes of those who governed it – the state resorted to political machinations to amplify its rare successes and obfuscate its many failures,” the author writes, detailing “a history of those machinations, and their role, over seven decades, in shaping public attitudes towards technology”.

Noting that successive Prime Ministers, from Jawaharlal Nehru to Narendra Modi, have guided, if not personally overseen the technology portfolio, the book says that the political class sent contradictory signals to the general public. On the one hand being asked to develop a scientific temper and on the other hand to be wary of becoming enslaved to technology – in short, modernising the nation through technology but on its own terms.

A wake-up call that couldn’t have come sooner.

“It’s coming at us now with full force. We are all in its way and there is no escaping its folds. If we are unprepared for its unfolding, we will be demolished as a society. But if we can ride the tsunami, a glorious new world order awaits us. The choice is entirely up to us as consumers to ride it or to be blown away by it. The stakes are the highest they have ever been. And the time to act is,” is the no-holds-bared message of Naren Nath, a seasoned hi-tech executive who lives in Silicon Valley.

Likening the consumer revolution to the socio-political equivalent of a cosmic phenomena unfolding, the author terms it the “biggest development the human race has ever seen and it is poised to change everything. Like many cosmic and natural phenomena, it won’t emerge and make a dramatic appearance overnight. It might take years and even decades to play out in full glory. But its inevitability, size, scope and reach are astronomical”.

Noting that the human energy pent up to be released is “massive”, the author adds: “It’s time to strap on our seat belts.”

Do you have it in you?

Putting together a book like this is not the easiest of tasks because the basic question that begs an answer is: who to include and who to leave out?

“To put together a framework for our subject was a tough task, as we realised. More so as we had to decide about the ones we would write about prominently in this book. We didn’t want an exhaustive list based on sheer athletic merit. We have tried to put forward the stories of those women who stand out for being pioneers in their sport, and bringing greater meaning and dimension to their sport through their journey,” explain senior senior sports journalists Abhishek Dubey & Sanjeeb Mukherjea.

In its 15 chapters, the book begins with Kerala’s golden girls – P.T. Usha, Shiny Wilson and M.D. Valsama – and includes in its pages Ashwini Nachappa, Karnam Malleswari, Anju Bobby George, M.C. Mary Kom, Sania Mirza, Saina Nahiwal, P.V. Sindhu, Ashwini Ponnappa, Sakshi Malik, Deepa Malik and Hima Das. Santhi Soundarajan and Duttee Chand, whose gender had been called into question, feature in a common chapter, as do Dipa Karmakar and Deepika Kumar, who are largely responsible for bringing their states – Tripura and Jharkhand – into the limelight.

Perhaps the solution lies in bringing out a second volume. Is anyone listening?