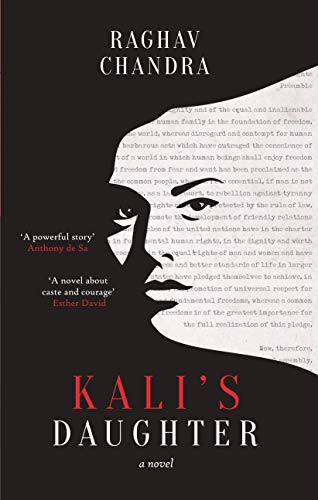 New Delhi–Educate yourself about the life and times of Guru Gobind Singh, the founder of the Khalsa, a social order where equality existed; then, know about the dilemma of a Dalit woman IFS officer at a UN conference on human rights; and finally, take a peep into the world of medicine that aims to inspire millions like you and me to retain faith in this noblest of professions.

There is much to be gained from the IANS Bookshelf this Weekend. Read on!

To mark the tercentenary of Guru Gobind Singh’s birth, J.S. Grewal, who founded the Department of History at Amritsar’s Guru Nanak Dev University, of which he later became the Vice Chancellor, co-authored a biographical story of the 10th Sikh Guru. Published in 1967, it was reprinted in 1987. Three other biographies of Guru Gobind Singh were published in 1965-67. However, none of them gave references to the sources used for the text. The present work gets over the deficiency with the use of contemporary and near contemporary sources in Gurmukhi, Persian and English.

The most striking legacy of Guru Gobind Singh, the author writes, was the long struggle for political power that culminated in the establishment of the Khalsa Raj in the third quarter of the 18th century.

“The century was marked also by literary activity, resulting in a whole range of literature being produced by Sikh writers in new and old literary forms,” the book says, adding the crystallization and consciousness of a distinctive Sikh identity became a hallmark of the Sikh resurgence in colonial Punjab.

Both scholars and lay readers will gain much from this book, coming as it does ahead of the 550th birth anniversary of Guru Nanak Dev, the founder of the Sikh faith, on November 12.

This is a book about convergence, about young people in love, about the dilemma – or rather, the trauma – a young Dalit woman member of the Indian Foreign Service (IFS) faces in defending the country when push comes to shove, of changing mindsets and finally, will caste barriers break and will love ultimately prevail?

Deepika Thakur is chosen to deliver a rebuttal at a Special Session of the UN Human Rights Council but, as she smiles and bows in deference to her selection, “there is a chilling thought. Is there more to her selection given that her elocution isn’t faultless? Has she been chosen only so that the rebuttal will sound more convincing and credible – if she delivers it, given the text – since she is herself a Dalit?”

Skilfully weaving Thakur’s early years in Bhopal, her non-quota selection for the IFS, her days in the Academy where she won the hearts of two of her batchmates and the journey to Geneva for the conference, Raghav Chandra, brings to bear his insights into the working of the civil service as the issue heads for its final denouement.

You’ll have to read to the very end to find out how Thakur handles the situation – and which of the two suitors wins her hand. It’s quite an absorbing journey.

Can the trust that formed the unshakable foundation of the doctor-patient relationship be restored?

“Times have changed and from being thought of as divine, doctors are now routinely assaulted and hospitals vandalised. There are many discouraging stories of the strained doctor-patient relationship in the media on a daily basis,” the authors say in this book.

The issues, they realised, were complicated with no easy answers; the problems are systematic with the solutions a few years ahead of the times. “However, we realised that as doctors and patients, we all do have stories to tell. Stories of triumph, stories of love and sometimes even stories of failures,” the authors say.

That is how these 34 heartwarming stories, the bulk of them by doctors, came to be written. It’s a testament to the human spirit and should be essential reading in all medical colleges. (IANS)