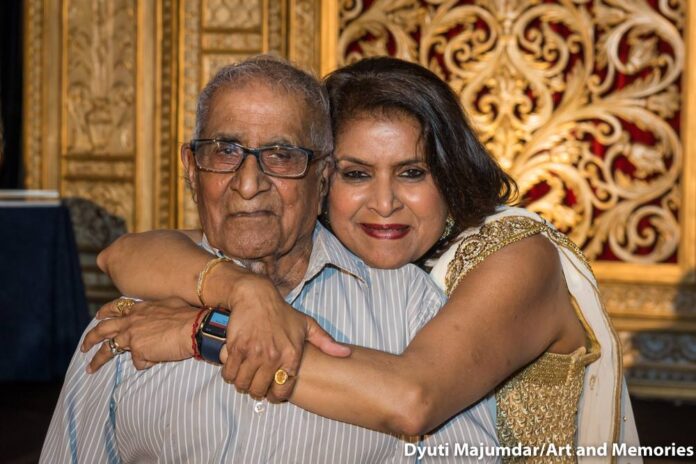 BOSTON— Shobha Shastry, one of the first female Indian-American entrepreneurs who followed her wedding décor passion for serving the Indian-American and South Asian community in New England for more than two-and-a-half decades, passed away on Wednesday. She was 65.

Here is her official obituary:

She passed away peacefully on March 23, 2022 in Marlborough, MA.

Shobha’s childhood and youth were highlighted by enjoying life and laughing with friends – charming others with her strong, loving personality. She was an artistic savant, specifically in painting and drawing. Her creative genius also manifested itself in the theater, as she cultivated and honed her acting skills, displaying her adept ability to capture an audience and win others over.

At the age of 19, she was engaged to Sharad Y. Shastry of Vellore. Shobha moved to the United States and married Sharad in Westborough, Massachusetts when she was 24. Shobha and Sharad were married for 25 amazing years until his untimely passing.

Shobha had numerous achievements but, most notably, was the founder and CEO of Alankar Event Planners and Decorators, providing wedding services, decorations and mandaps in New England for 25 years and helping thousands of couples get married. She was one of the first female Indian American entrepreneurs in New England and was known for her gold-star service, always fulfilling her commitments to her clients. In addition, she was a part of many other non-profit organizations such as the Indian Society of Worcester and Tamil Sangam.

The spirit of Shobha could be described in many ways. She was an inspiration to all with her generosity and her ability to accept everyone as if they were her own. Shobha was a carefree, fun-loving, selfless, larger-than-life character whose devotion towards others was boundless. The happiness she brought to everyone was unparalleled and her presence alone could light up an entire room.

Her wake was held at Rice Funeral home located on 300 Park Avenue, Worcester, MA on Sunday, March 27th, 2022 from 3:00 pm to 7:00 pm. The family was scheduled to hold the funeral as a private ceremony.

In lieu of flowers, if you would like to make any contributions in Shobha’s memory to her granddaughter’s college fund, please contact her brother, Ravi Shastri, or Kashi Viswanathan.