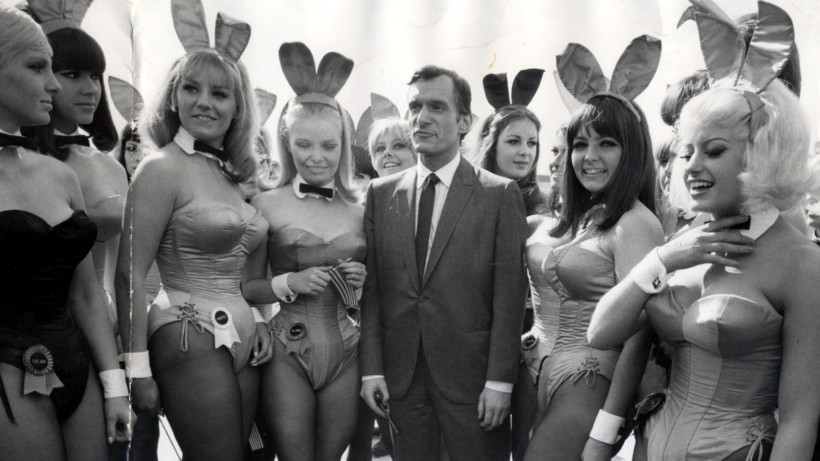 Hugh Hefner lived a life many could only wish for — fabulous wealth, a plush dream mansion with its own “harem”, a bevy of glamorous girls around him in public and global fame (or notoriety), but he was far more than the founder of the Playboy universe just as the magazine had much more than just its titillating centre-spread.

While what people remember about Hefner, who died on Wednesday at the ripe old age of 91, is his cavorting with a succession of young, alluring woman in bunny rabbit dresses (including the upright ears) till almost the last, while his magazine with its photos of nude women, this was only one — though highly-sought — part.

Not only was a pioneer of the sexual revolution’s “in your face, American style” and challenger of social mores, he, with Playboy, which came out amidst the staid conformity of 1950s America, succeeded in ways that Sigmund Freud, Wilhelm Reich and Alfred Kinsey would have envied. At the same time, he was also a longtime supporter of gay rights and rampant violator of the “colour bar”.

It was Playboy, that published in 1955 science fiction writer Charles Beaumont’s story “The Crooked Man”, about a heterosexual man’s persecution in a world populated by homosexuals, after it had rejected by magazines like Hefner’s erstwhile employers — Esquire.

To critics of the decision, Hefner simply said: “If it is wrong to persecute heterosexuals in a homosexual society then the reverse is wrong, too.”

And this was not a one-off. He also went on to support legalizing same-sex marriage, saying the issue was “a fight for all our rights” and without it, “we will turn back the sexual revolution and return to an earlier, puritanical time”.

It was Hefner whom African-American comedian and activist Richard Gregory, known for bold stand-up comedy mocking bigotry and racism and the first black to perform for white audiences, credited for launching his career. Heffner had seen Gregory perform in Chicago in the 1960s and hired him for his Chicago Playboy Club in 1961.

And he was a philanthropist too, with prominent contributions including for the restoration of the Hollywood sign, endowing a Californian university for studying censorship in films and other humanitarian concerns.

While conservatives and feminists deplored the “Playboy” culture, Hefner was not deterred, saying: “Playboy exploits sex the way Sports Illustrated exploits sports”. As he also observed earlier this year: “My magazine wasn’t just about naked women. It was about breaking down barriers, starting a cultural conversation about sexuality and standing up for social justice.”

And as said, Playboy, which can lay claim to making Marilyn Monroe more famous, was also famous for its lengthy interviews with figures like Cuban leader Fidel Castro, activist Martin Luther King Jr., musician John Lennon (shortly before his murder), author Norman Mailer and then presidential candidate Jimmy Carter, who confessed to committing adultery “in his heart”. It also had high literary value, carrying stories by the like of Ray Bradbury, Ian Fleming, Joseph “Catch 22” Heller and Margaret Atwood.

Born in Chicago in 1926, Hefner served in the US army in the Second World War before graduating and then working in Esquire before launching Playboy magazine in December 1953. The first issue, produced from his kitchen and financed with $8,000 from investors, sold over 50,000 copies. There was no looking back.

And it should be realised that all of this began when Esquire didn’t give him a $5 raise. (IANS)