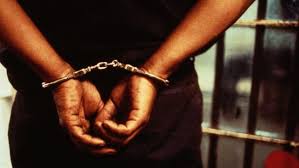 New Delhi– A 22-year-old NRI, working as a software engineer for Google, has been arrested for allegedly molesting a US woman here in a five star hotel, police said on Friday.

Police said the incident took place on January 8 at around 10 p.m., when the accused, Anmol Singh Kharbanda, met and struck up a conversation with the 52-year-old woman at the luxury hotel’s bar.

“Kharbanda took her to his room for a smoke when he allegedly groped and tried to touch her inappropriately,” Additional Commissioner of Police B.K. Singh said.

“Kharbanda, who works for Google on a contract basis, was reportedly under the influence of alcohol at the time of incident.

“The woman on the next day left for Jaipur after a fight with him,” Singh said, adding that she reported the incident and complained to the police on Thursday after returning to Delhi.

“Following the complaint by victim, Kharbanda was arrested from hotel after being interrogated,” he added.

“Both Kharbanda and the victim were staying in Taj Palace hotel for the last few days,” the officer added.

He has been sent for judicial custody, the officer said.