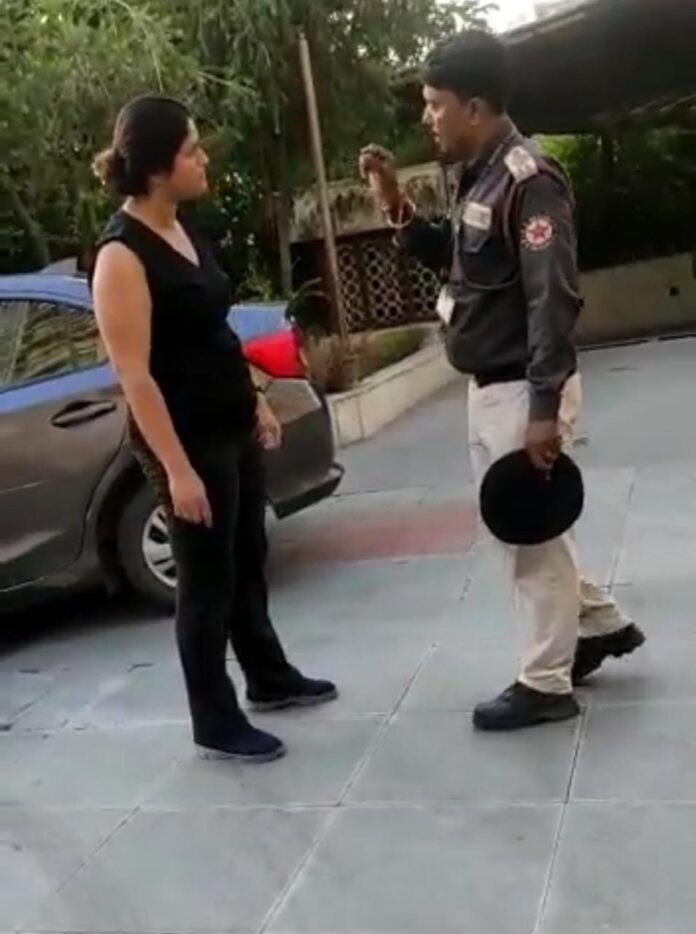 Noida–A woman seen showering choice abuses on the hapless security guard of a Noida society for opening the gate late, as per a CCTV video that has gone viral, has been taken into custody, police said.

According to an official, the police took cognisance of the video, in which Bhavya Rai can be seen misbehaving with the security guard in JP Wishtown Society, under Sector-126 police station, and registered a case against her under the relevant sections of the Indian Penal Code (IPC).

In the 2-minute-long video, Roy, who seemed intoxicated, is seen holding the guard’s hand and hurling abuses at him while the latter is pleading with her.

However, when she grabbed his collar, the guard lost his cool and said that he would quit his job if subjected to such behaviour. (IANS)