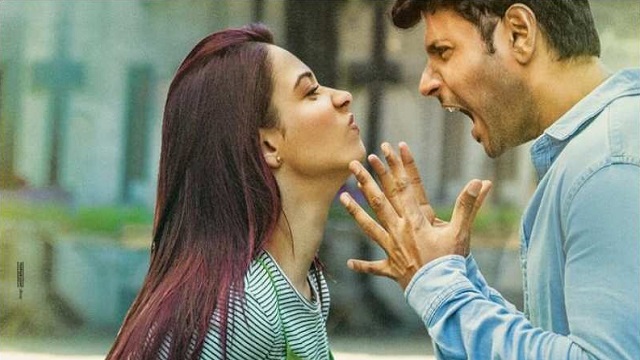 Film: Next Enti(Telugu); Starring: Tamannaah Bhatia, Sundeep Kishan; Written and Directed by Kunal Kohli; Rating: *** (three and a half stars)

Telugu cinema is changing fast. “Baahubali”, “Arjun Reddy” and now “Next Enti”. Not that I am suggesting the third has a place along with the first two neo-classics. Not by a wide margin. But there is a flush of flavourful forthrightness in the way “Next Enti” tackles the dynamics of the man-woman relationship.

Not only does it treat the gender equation with playful maturity and casual candour it doesn’t shy away from using the ‘S’ word.

Yes, young couples do have sex before marriage even in conservative societies like the ones in Andhra Pradesh. “Arjun Reddy” told us that with unexpunged glee. “Next Enti” uses glamorous filtered exotic settings to give vignette-like glimpses into the lives of two young people in and out of love for two hours until they simply exhaust their armoury of excuses for not being together .

Luckily for us the film doesn’t exhaust us at all. The two hours fly off like a breeze thanks to Kunal Kohli’s brisk tongue-in-cheek writing and the propensity to spin a sexy yarn without slipping on the bananapeel of its own cleverness.

There is a hilarious putdown for the hero’s libido when we are told his new girlfriend(Larissa Bonesi) breaks their marriage after having sex with him as he doesn’t…umm….measure up.

Kohli uses lengthy sequences and a deliberately verbose style of storytelling to allow the couple’s problematic relationship to grow at its own will.

While “Hum Tum”, Kunal Kohli’s 2004 Saif Ali Khan-Rani Mukherjee starrer from which “Next Enti” seeks inspiration, was interspersed with animation snippets, the Telugu recreation does away with the cartoon strips and simply allows the pair to fight their way out of their ideological differences.

The film shoots the lovers in London’s luminous light that lends itself to endless discussions on what men want and women don’t always want to give. The entire narrative, punctuated by some easygoing gentle songs and background score by Leon James, exudes blithe bubbly effervescent vibes.

Tammannah’s scenes with her screen-dad(Sharat Babu) show a buddy bonding between a daughter and her father necessitated by his single status. Motherless, Tammy’s father goes out and buys a whole supermarket of sanitary pads when his daughter begins her menstruation. At 18, he serves her every kind of alcohol and tells her to choose her favourite.

Sadly boys don’t appear on daddy’s dinnertable to be selected like wine.

That Tammannah Bhatia is in fine form truly helps the narrative’s verbosity to anchor itself in a believable perspective. The same cannot be said about her co-star Sundeep Kishan who not only looks far too young for her but also way too callow and clumsy. The contrast between them is not just skindeep, it is distractingly glaring. It gets even more so when Tammy(Bhatia) meets a suave middleaged divorcee(the role that Abhishek Bachcham played in Hum Tum) on a flight, and they get talking.

Conversational, quirky, mischievous,tongue-in-cheek and yet relevant “Next Enti” is a delightful romp into the inner spaces of the romcom. The film’s real hero is the city of London and its suburbs which are captured in a dreamy haze by cinematographer Maneesh Chandra Bhatt.

Some of the images in the film are so edifying they conquer the narrative’s obvious drawbacks(verbosity, leading man’s gawkiness) .In one sequence Tammy is shown throwing her co-star out of the house. As he stands hopefully below her window she throws down his shoes as he’s run out in socks

“Next Enti” is new-age Telugu cinema at its cheekiest. The gender war may not make sense all the way. But does it ever? (IANS)