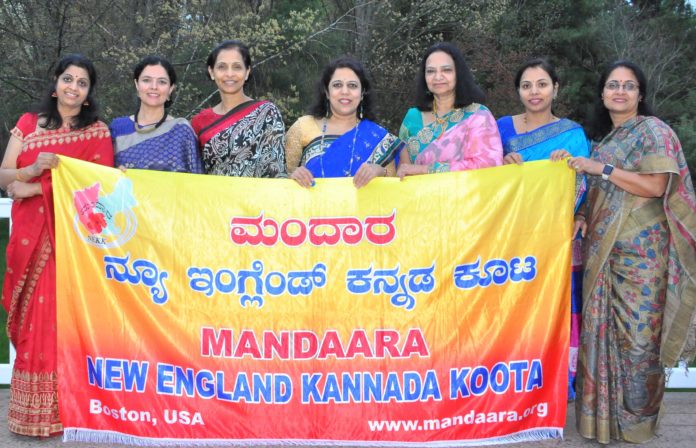 According to a research by INDIA New England News, this is the first time an Indian-American or desi community group or organization has elected an entire executive committee team whose all members are women in Canada and the United States.

NEKK was established in 1973 and since then it has grown sizably with more than 400 families attending about four big events every year and several unique cultural events through the festive seasons. The recent event was the Yugadi, Karnataka’s new year event, which was celebrated with a traditional “Meravanige” – a festive procession at the Bolton High School along with several cultural programs all day.

NEKK’s Executive Committee is elected for a two-year period and an Election and Transition Committee presides over the election process.

The outgoing committee headed by the President, Madhu Mattihalli handed over the baton to the newly elected President, Jyothi Rao. Mamta Kudlugi and Usha Rao were elected as Secretary and Treasurer, respectively. Other members of the newly elected committee include Sharada Deshpande, Chitra Poornima, Rani Dwarki and Sumana Madhu.

“We wish the new committee a very successful stint of 2 years and we hope the women power behind the organization will spur NEKK to new heights,” the NEKK statement said.