WALTHAM, MA—Seven leading Indian American achievers from a variety of fields and a non-profit organization will be awarded the prestigious New England Choice Awards 2019 on Nov. 15, 2019, INE MultiMedia, a non-profit organization, announced. Berklee College of Music President Roger Brown, who has promoted Indian music and encouraged Indian musicians through scholarships, will receive the Art & Culture Award.

These shining stars will be honored at a black-tie gala at the Westin Hotel in Waltham, MA. The annual awards gala, which is presented by the INE MultiMedia in collaboration with the INDIA New England News, will also honor Leader Bank Founder and CEO Sushil Tuli with the Lifetime Achievement Award 2019.

INE received over 350 nominations for these awards. A jury of 12 individuals selected the final winners. Click here to meet the 2019 judging committee.

“New England Choice Awards has become one of the important platforms to showcase the rewarding work done by Indian Americans in New England and those who contribute to enrichment of our community. It is great to see the bar get raised every year,” said

Dr. Manju Sheth, MD, creator of NECA Awards and CEO of INE MultiMedia, a Waltham, MA-based (501c-3) non-profit organization devoted to promoting and supporting charitable organizations, art, culture, education and empowerment. “We have amazing recipients of awards this year who have done impactful work all over the world. It will be very inspiring to share their extraordinary journey and celebrate their success on Nov. 15 with our community.”

Upendra Mishra, publisher of INDIA New England News, IndUS Business Journal and Boston Real Estate Times, said that this year’s honorees have made a huge impact in their respective fields.

“New England Choice Awards recognizes notable individuals and their companies and organizations who have truly impacted the lives of so many people in New England and around the world,” said Mr. Mishra. “It is very gratifying and inspiring to their success and the direct impact of their work on our daily lives. We are also grateful to all those who sent about 350 nominations this year.”

Prof. Abraham is a pioneer in the development of rechargeable lithium and lithium ion batteries. The work he and his research team carried out in late 1970s and early 1980s contributed to the demonstration of one of the first practical rechargeable lithium battery and helped transform Li-ion batteries from a laboratory curiosity to a technology indispensable for everyday life today. He is also inventor of the ultrahigh energy density non-aqueous lithium-air battery which is under development in many laboratories around the world and has been subject of thousands of journal publications and many symposia in lithium battery meetings world-wide.

Prof. Abraham has authored or co-authored more than 200 publications, six books, and holds sixteen US patents. He received the Battery Research Award of the Electrochemical Society, Group Achievement Award of The National Aeronautics and Space Administration, two NASA Certificates of Merit for invention, and elected Fellow of the Electrochemical Society and Fellow of The Royal Society of Chemistry. The International Battery Association recognized his lithium battery research contributions with its Lifetime Achievements Award (Yeager Award). In 2017 Tufts University, from which he received his Ph.D. degree, honored him with Outstanding Alumni Career and Service Achievement Award.

Prof. Abraham is a member of the board of governors of the Kerala Development and Innovation Strategic Council (K-DISC), an initiative of the Kerala Chief Minister. He is a native of Kerala and received his undergraduate degree in chemistry with distinction from Kerala University.

Mr. Batra is Chief Executive Officer of MilliporeSigma, the $7.5 billion Life Science tools and equipment business of Merck KGaA, Darmstadt, Germany and a member of its Executive Board. In addition to leading a global workforce of more than 21,000 people, Mr. Batra has Board responsibility for the company’s global Information Technology function. He also oversees the company’s Bioethics Advisory Panel.

After becoming CEO of MilliporeSigma in 2014, he and his team developed and executed a growth strategy that included the 2015 acquisition of Sigma-Aldrich. He architected this merger — the largest acquisition in the history of Merck KGaA, Darmstadt, Germany, and successfully combined the two businesses.  In 2016, Mr. Batra was named “CEO of the Year” by CPhI Pharma and was also recognized for his strategic leadership by PharmaVOICE 100 in its list of top influencers in 2017 and 2019. Before leading MilliporeSigma, he and his team more than doubled the profitability of the Consumer Health business of Merck KGaA, Darmstadt, Germany. He started his career as a research engineer fellow at Merck and Co., Inc., Kenilworth, NJ, where he worked on vaccines and small molecules.

Mr. Batra has also held senior positions at McKinsey and Company, a global strategy and consulting company, and Novartis, a swiss multinational pharmaceutical company. He serves as the chairman of the Massachusetts High Technology Council and is a member of the board of the Greater Boston Chamber of Commerce and MassBio. He earned both a Ph.D. and B.S. in chemical engineering from Princeton University and the University of Delaware, respectively.

He is an avid supporter of scientific education. MilliporeSigma has key programs to spark scientific curiosity amongst school-aged children. Udit can be found teaching hands-on lessons in one of the company’s Curiosity Cube® mobile science labs — or leading a SPARK™ volunteer program lab in a classroom — all hosting age-appropriate science lessons in communities around the globe. Privately, Mr. Batra and his wife, Indira, support Ekal Vidyalaya and Akshay Patra.

When it comes to giving, businessman and philanthropist Mr. Kota has one criteria: joy. Giving to charitable causes gives him enormous joy.

In September of last year, Mr. Kota donated $1 million to promote cricket for the blind worldwide. Some of the charities and non-profits Mr. Kota has worked include India Society of Worcester (ISW), YMCA and Samarthanam Trust. He has served as trustee and chairman of ISW, helped raise $12 million to YMCA, one of the largest YMCA in boroughs in Massachusetts.

For 15 years, he has supported Woman of the Year gala that honors 20 women each year. In addition, his contributions to dozens of charities in India and the United States are well-known in philanthropic circles.

Mr. Kota is a serial entrepreneur with broad experience ranging from Information Technology Consulting, e-Learning Services and Pharmaceuticals Research and Manufacturing. He has been involved in start-ups in various sectors, and is a charter membership of TiE Boston.

Medical Director of the Lipid Clinic, and Chair of the Clinical Oversight Committee at Joslin Diabetes Center

Dr. Ganda is medical director of the Lipid Clinic, and Chair of the Clinical Oversight Committee at Joslin Diabetes Center in Boston. His special interests include Lipid Disorders, Type 2 Diabetes and Cardiovascular Risk Reduction. In addition, he is Associate Clinical Professor of Medicine at Harvard Medical School.

Joslin Diabetes Center is world-renowned for its deep expertise in diabetes treatment and research. Joslin is an independent, non-profit institution affiliated with Harvard Medical School, and one of only 11 NIH-designated Diabetes Research Centers in the U.S.

Dr. Ganda also conducts clinical trials examining the relationship between type 1 and type 2 diabetes and cardiovascular disease. He graduated from S.M.S. Medical College in India in 1966 and did his residency at All India Institute of Medical Sciences. 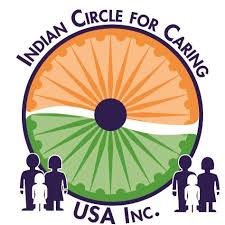 Indian Circle of Caring, a non-profit organization, has undertaken a drive to inform, educate and empower the Indian-American community about the need for timely and thoughtful preparation of Health Care Proxy and Living Will.

Indian Circle for Caring is a grass root movement started in 2007 by Mr. Girish Mehta and a few individuals to respond to an unfulfilled  need to help community members as they may be going through emergency or urgent situations such as serious sickness, hospitalization, family crisis, accident or death / bereavement.

The husband and wife team of Ashraf Dahod and Dr. Shamim Dahod have quietly supported a number of causes. A few years ago, they gave a $2 million gift for the creation of the Dahod Family Alumni Center in the Boston University Castle. The gift was the couple’s second major contribution to the University. They gave $10.5 million to the BU School of Medicine in 2008, which established the Shamim and Ashraf Dahod Breast Cancer Research Center and endowed assistant professor and international scholar positions there.

Ms. Raman, Ph.D. is an engineer, writer, and educator with a passion for introducing biohybrid materials into the toolbox of every inventor. Her research focuses on using biohybrid design to build implantable devices that sense and adapt to the body. She grew up in India, Kenya, and the United States where she learned to appreciate and thrive in diverse and dynamic environments.

Her life experiences have forged the belief that technical innovation can drive positive social change, and this inspires her work to democratize and diversify STEM education around the world.

Ms. Raman is currently a postdoctoral fellow in the renowned Langer Lab at MIT, funded by a Ford Foundation Fellowship by The National Academies of Sciences, Engineering, and Medicine and a L’Oreal USA For Women in Science Fellowship. She holds many awards and honors, including being named to the Forbes 30 Under 30 Science list and the MIT Technology Review 35 Innovators Under 35 list, as well as being named an Innovation and Technology Delegate to the International Achievement Summit.