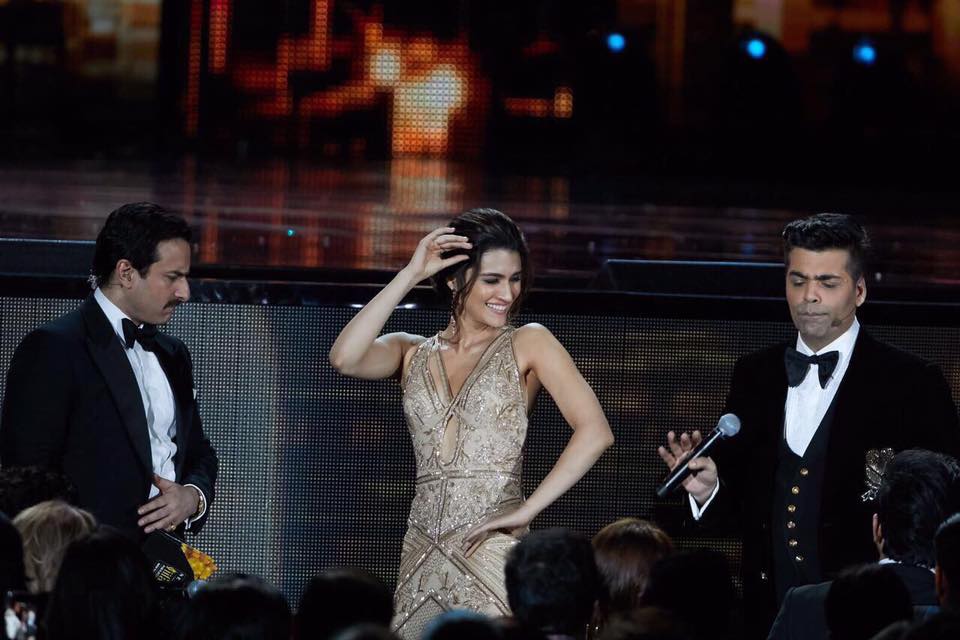 New York–Filmmaker Karan Johar, along with actors Saif Ali Khan and Varun Dhawan — all of whom belong to film families — didn’t shy away from raking up the nepotism debate once again at the IIFA Awards event here on Sunday night.

Karan and Saif, who were hosting the gala, revisited the much-talked about issue which started in Bollywood when “Queen” star Kangana Ranaut branded Karan as a “flagbearer of nepotism” on his chat show.

When Varun joined the two actors on the stage at the Metlife Stadium to receive the Best Performance in a Comic Role for “Dishoom”, Saif joked that the actor had made it big in the industry because of his father, director David Dhawan.

“You are here because of your pappa,” Saif quipped.

Varun said: “And you’re here because of your mummy (veteran actress Sharmila Tagore).”

Karan then promptly added: “I am here because of my pappa (late filmmaker Yash Johar).”

They then said in unison: “Nepotism rocks”.

Varun then didn’t leave a chance to take a potshot at Karan saying: “There was a song in your film… ‘Bole choodiyan, bole kangana.”

At the IIFA Awards night, actors Taapsee Pannu and “The Black Prince” actor Satinder Sartaaj didn’t miss a chance to ask Karan if they could get a role in his films or feature on “Koffee With Karan” respectively.

“It is my dream to be on ‘Koffee With Karan”, sir. Ek baar zarur bulaana (Call me at least),” Sartaaj said.