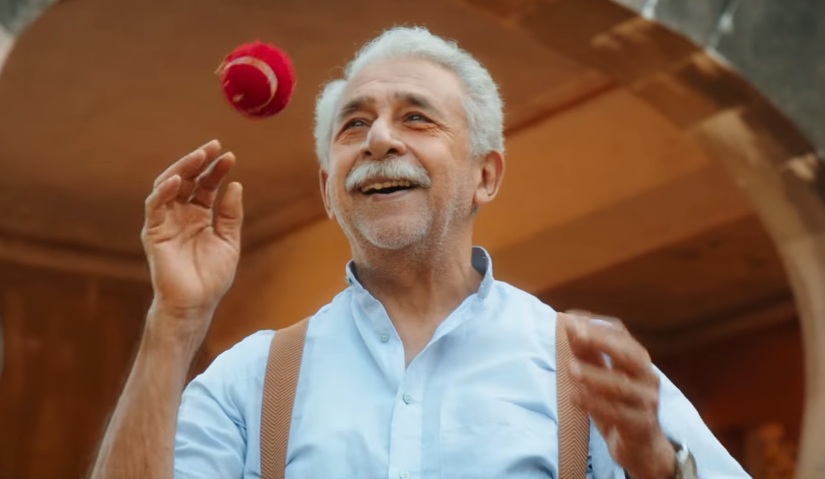 Mumbai– From theatre to television, cinema to digital platforms, veteran actor Naseeruddin Shah is constantly proving his relevance as a performing artist. Although there is nothing to prove as far as his skill as an actor goes, he dsays that he wakes up every day to the new sun with the belief that he has “something to give” to the audience.

“I think it is the suspicion that I still have function left to fulfil, I am not done yet as an actor. I still have something to give (to the audience) and I am lucky that people still want to watch me. I am lucky, and also the fact that I love my work, I love acting. There is something about performing. I can’t explain the excitement, and I haven’t got over it. I think I am obsessed with acting. I think when I wake up tomorrow morning if I am unable to perform, I probably will commit suicide. What is there in life without it?” the 70-year-old actor told IANS.

Shah is one of the most revered faces of parallel cinema and has also tasted commercial success. Over the years, he has worked with the biggest of filmmakers across genres, and he says he has always been supportive of debutant filmmakers.

“When I interact with newcomer I have the example of people like Habib Tanvir, Girish Karnad, Om Puri, Shyam Benegal, Satyadev Dubey. When I was a youngster, they were ideals for me. When one struggles, encouragement is needed, and these people always guided us. Perhaps it is because of them, even in our darkest days, we stayed hopeful and continued our struggle to become the actor we are. So when I work with new actors and film directors, I try and encourage the story that is worth telling,” he said.

Asked if the politics of an on-screen characters matters to him when he agrees to do a film, Shah said: ” It is not always the character but what the intention behind telling the story is that matters the most.”

Citing an example, the actor elaborates: ” If the film ‘Khuda Kay Liye’ were about glorifying the Taliban I would have not come on board to be part of the story. Coming from a very orthodox Muslim family, as a child I was told that Islam is the greatest religion and all non-Muslims are ‘kaafirs’. But those thoughts used to disturb me as a growing adult. I was like, ‘but my friend KC Singh is such a nice fellow, it was not his decision to born a Hindu, so why would he go to hell?’ We do not choose our parents and the religion we are born into’. Why should music be banned? All those questions were addressed in ‘Khuda Kay Liye’. So, as an actor, I had to agree with the ideology that the story was showing, not necessarily the character that I was portraying.” (IANS)