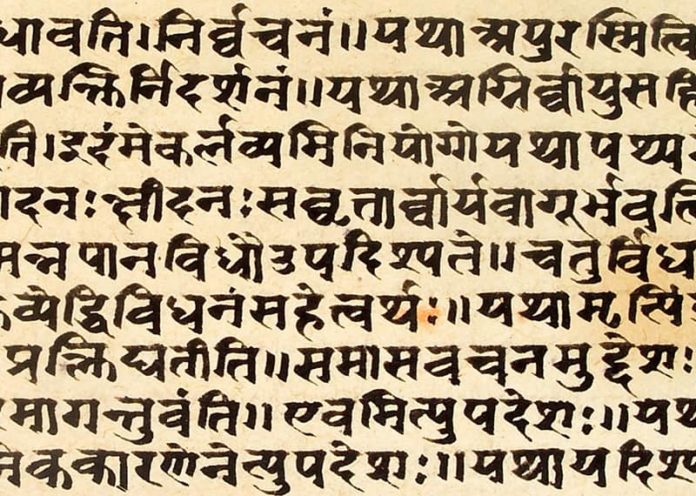 Jaipur–At a time when the interest in the classical language of Sanskrit seems to be declining in the country, a school here stands out.

That’s not only because it teaches Sanskrit and is attracting a large number of students, but also because the majority of them belong to the Muslim community.

In fact, 80 per cent of these students are Muslims and can be seen reciting Vedic Sanskrit shlokas (verses) fluently and authoritatively. They even introduce themselves in Sanskrit, giving one the feel of the Gurukul system of ancient education of India.

Out of 277 students enrolled at the school, which runs up to Class X, 222 belong to the Muslim community.

Another interesting aspect of this school is that girls outnumber boys.

The school was upgraded up to Class VIII in 2004. At that time, it didn’t have a building of its own. However, looking at the enthusiasm of children to learn and read Sanskrit, the grandson of Thakur Harisingh Mandawa gave a plot of land to the school.

Although other subjects are also taught here, the USP (unique selling proposition) of this institution is the emphasis on Sanskrit.

According to Vednidhi Sharma, headmaster of the school, students are quite interested in Sanskrit. “The intake of students can be increased with better school space,” Sharma said.

Ameen Kaagzi, a mamber of the Rajasthan Assambly, said no one paid attention to the school for the last 15 years. “I have sanctioned Rs 10 lakh from the MLA fund for school. A new school building will be ready so that students won’t suffer,” Kaagzi said. (IANS)