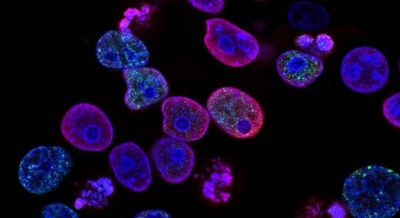 New Delhi– Multiple myeloma is a complex disease. It is a type of blood cancer which is rare, and males are more likely to develop multiple myeloma than females. It is also termed as Kahler’s disease.

Plasma cells which are a type of white blood cells produce antibodies that fight infections in our body. Due to multiple myeloma, these plasma cells start multiplying in an abnormal way. In multiple myeloma, cancerous plasma cells cumulate in the bone marrow and crowd out the healthy blood cells in our bones. The cancer cells prevent the production of helpful antibodies and instead, produce abnormal proteins that often lead to low blood counts, impairing the body’s ability to fight off infection.

Generally, the disease doesn’t show symptoms until it has advanced, so diagnosing multiple myeloma is truly difficult. The specific signs, age of onset, and rate of development of this disease differ from patient to patient. Multiple myeloma affects several parts of our body. As multiple myeloma gets worse, the plasma cells spill out of our bone marrow and while it gets spread, it damages more organs. Some of the symptoms of multiple myeloma may include bone pain, easily broken bones, frequent infections, upset stomach, fevers, excessive thirst, increased urination, fatigue, nausea, weight loss, weakness or numbness in arms and legs, kidney problems, constipation, etc.

Though the exact cause of this disease is yet to be discovered, but there are multiple risk factors that include:

Increasing age, especially when the age is more than 65 years

Being exposed to radiation

Being exposed to chemicals used in rubber manufacturing, woodworking, or firefighting, or in herbicides

Some changes in our blood cells can show a red flag towards multiple myeloma. The presence of more than the required amount of calcium in our blood, a smaller number of red blood cells, in spite of the high level of total protein, specifically lacking in the protein called Albumin. Doctors may suggest a complete blood count (CBC) and along with it, checking the creatinine level in the blood helps to identify if the kidneys are working properly. Sometimes, doctors recommend bone marrow and biopsy.

There’s no cure to multiple myeloma, but with proper treatment, the progress of the disease can be slowed down, and sometimes the symptoms might disappear. The treatment of multiple myeloma depends on the overall health condition of the patient and the stage of the disease. The treatment helps in eradicating myeloma cells, control tumour growth, reduce pain, and allow patients to live an active life. Generally, the treatment of multiple myeloma involves chemotherapy which helps to reduce the number of abnormal plasma cells, some bone modifying drugs are prescribed to strengthen the bone and reduce bone pain and the risk of fractures. In some cases, a stem cell transplant is suggested. Some patients may undergo radiation therapy which destroys cancer cells and reduces bone masses that may develop.

Along with the treatment, some of the necessary regular habits need to be followed to stay active. These habits include: maintaining a healthy diet in consultation with a dietician, doing regular exercises, taking enough rest, and being occupied with things that one enjoys. (IANS)