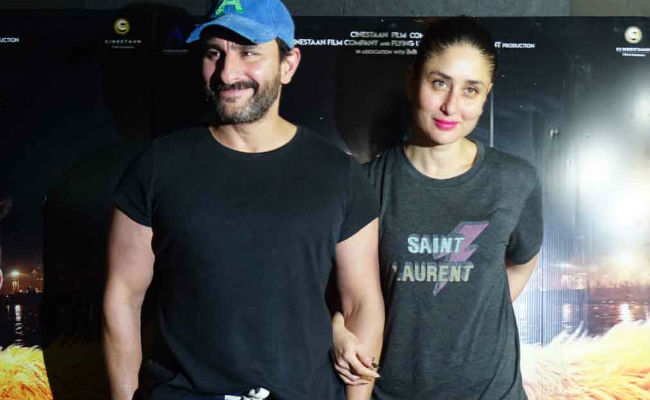 For those who lament the lack of skilful scrrenwriting, “Kaalakaandi” is an earful and an eyeful. A feast for the senses, this beast of a film is hard to tame and even harder to define.

Simmering on a slowburn, roasted at a temperature where the edges are singed while the centre remain raw and bleeding, this is a work of tremendous creative chaos bolstered and buoyed by an adrenaline-pumping energy that you would instantly recognize if you’ve seen Akshat Varma’s writing in the pronouncedly profane Delhi Belly.

But hang on. This is not Delhi Belly Part 2. This is Mumbai Mayhem Part 1. Fiercely original and delectably feisty it has a feeling of tingling sexiness to it, much of it can be attributed to its gorgeous cast. The film is populated with interesting good-looking faces like Isha Talwar playing a wedding photographer whose lenses capture more than just images, and Amyra Dastur as a bride so blindingly blissful she makes her groom look sheepishly compromised.

The entire ensemble cast comes together to lend a looming urgency to the proceedings.

Saif Ali Khan sportingly participates in what is possibly the most trippy film of his career. He is a man on death row with many dreams to live out. He is just been told he’s dying, and now he has to be part of a night adventure that would remind him how much one can pack into 8-9 hours if you set your mind and heart to it.

The cast is so vast and they all seem to have a blast. Vijay Raaz and Deepak Dobriyal as a couple of henchmen, one of whom comes to a sticky end, play against one another with such suave aplomb, it is like watching two expert tennis players on two sides of an invisible net. Raaz and Dobriyal are fantastically entertaining.

Elsewhere the beautiful Sobhita Dhulipala accompanied by her silently supportive boyfriend (Kunaal Roy Kapoor) will expose a moral probity that would shock even the jaded law enforcers before the night is through.

I loved the way writer-director Akshat Varma mixes the sublime and the profane as though they always belonged together. We just didn’t look. Hence when Saif befriends a perky transvestite prostitute (Nary Singh), sneaks into a ladies’ washroom to take peep at what he/she has down there, we are not shocked. This is that rare film which romances the renegade and emerges with some of the most striking characters and images seen in a Hindi film.

Well, Hindi filmatechnically speaking. A lot of the very pithy and peppery dialogues are in English. And if the ‘F’ word makes you wince then the picturesque conversations of the emotional drifters in this edgy satire will make you want to clobber them on their heads.

The atmosphere is hallucinatory. The tempo is breakneck. And the mood is reckless. Are you ready for the ride? Like them or hate them, you cannot ignore the droves of characters in writer Akshat Varma’s directorial debut. Varma knows Mumbai’s throbbing cultural arteries and social veins.

His script gets an able ally in cinematographer Himman Dhamija. Together they amble in and out of situations that would be outrageously funny if all the madness didn’t secrete a cautionary sobriety.

Have fun, says the film, while its lasts. But don’t forget to thanks the powers-that-be for the gift of life. In one vividly etched sequence a girl borrows a bartender’s coat in exchange for a kiss to sneak out of a police raid.

That bartender’s name, Manohar, is on the coat. To remind us that exchanging identities temporarily is more often than not, a very temporal liberating experience. Kaalakaandi assumes many identities and eventually abandons all of them for that one core truth that controls our destiny.

This film dares to laugh in face of mortality. That’s what makes it so brave and unique. (IANS)