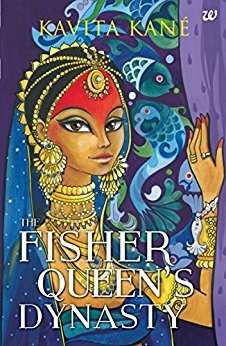 New Delhi– Know about the pivotal moments in Israel’s rise and explore what makes for a great leader; read about the deadly limits that a person can go to because of a ruined childhood; take an insightful look at the grand matriarch of the Kuru family and the woman who set off the sequence of events that ended in the bloody battle of Kurukshetra; and explore the comprehensive and well-rounded character of Ravana.

The IANS bookshelf has it all for this weekend.

In 1934, eleven-year-old Shimon Peres emigrated to what is now Israel from his native Poland, leaving behind an extended family who would later be murdered in the Holocaust. Few back then would have predicted that this young man would eventually become one of the towering figures of the 20th century.

Peres would indeed go on to serve the new state as President, Prime Minister, Foreign Minister and the head of several other ministries. He was central to the establishment of the Israeli Defence Forces and the defence industry that would provide the young state with a robust deterrent power.

He was crucial to launching Israel’s nuclear energy programme and to the creation of its high-tech “Start-up Nation” revolution. His refusal to surrender to conventional wisdom and political norms helped save the Israeli economy and prompted some of the most daring military operations in history, among them the legendary raid on Entebbe airport to free Israelis held hostage after their plne was hijacked.

And yet, as important as his role in creating and deploying Israel’s armed forces was, his stunning transition from hawk to dove — with its accompanying unwavering commitment to peace — made him one of the globe’s most recognized, honoured, and admired statesmen.

In this posthumously-public book, Peres offers a long-awaited examination of the crucial turning points in Israeli history through the prism of having a decision-maker and eyewitness. Told with the frankness of someone aware this would likely be his final statement, “No Room for Small Dreams…” spans decades and events, but as much as it is about what happened, it is about why it happened.

Six months have passed since Prisha was pushed by the person she loved the most, Saveer, to what would have been certain death — and survives. But she doesn’t believe that it was he who did it till she stumbles upon the first clue to the mystery that Saveer is, which leads her to his twisted past: He is not who he says he is.

“Forever is True” is a riveting thriller exposing the deadly limits that a person can go to because of a ruined childhood.

Abandoned as a baby, preyed on by a rishi, Satyavati hardens herself, determined that the next time she is with a man, she will be the one to win. And win she does: the throne of Hastinapur for herself, and the promise that her sons will be heirs to the kingdom. But at what cost?

In a palace where she is disdained and scorned, Satyavati must set aside her own loss and pain if she is to play the game of politics. She learns to be ruthless and unscrupulous — traits that estrange her from everyone around. Everyone, except the man she cheated of his birthright.

A piercing, insightful look at the grand matriarch of the Kuru family, the woman who set off the sequence of events that ended in the bloody battle of Kurukshetra, The “Fisher Queen’s Dynasty” will re-align your reading of the Mahabharata. 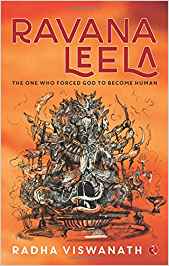 Ravana, perhaps the most popular Rakshasa in Indian mythology, is known as the villain in the Ramayana and the epic would not have been what it is without this great Rakshasa.
Yet Ravana is much more than a mere abductor. Born out of the union of a Rishi and Rakshasi, a devout Shiv-bhakt and a mighty king, Ravana is no ordinary Rakshasa.

This book attempts to bring out a comprehensive and well-rounded character of Ravana. The various little dots of information about the Rakshasa king as given in Valmiki Ramayana have been picked with care, collated and compared with presentations in several other versions of the Ramayana and the long, hoary lineage of the demon king painstakingly put together to present this villain of villains as a legend worthy of greater attention.