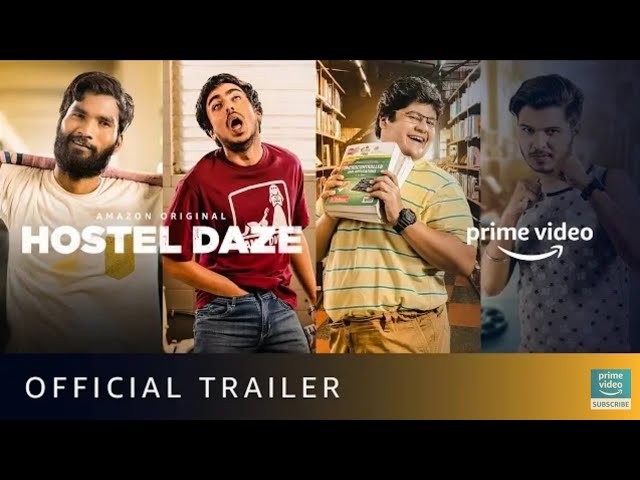 “Hostel Daze” makes its intention obvious with the title itself. It is a story about hostel life, soaked in a daze of nostalgia.

In sync with most products that TVF churns out, the five-episode limited series is irreverent in its brand of humour. Like most other TVF efforts, too, the show does not probe for a deeper context in the story it sets out to narrate. Rather, the focus remains on creating nonchalant, feel-good fun moments that range from outright hilarious to somewhat cliched.

Mainstream campus flicks set in engineering colleges follow certain character and plot routines. From “3 Idiots” to “Chhichhore” to “Hostel Daze”, the hero and his friends are invariably the campus underdogs – a happy-go-lucky bunch sworn to watching each others’ back through thick and thin. An OTT show as “Hostel Daze” has an added advantage in this context, while setting up that sort of a bro-code with authenticity over films in the genre – it can afford to take liberties with sex talk, cuss use or mention of porn. Conservative audiences may baulk at the idea but seriously, what did you expect from a 16+ digital series about engineering college students!

The series follows four hostel mates in their first year. Ankit (Adarsh Gourav), Chirag (LUV), and Jaat (Shubham Gaur) are campus greenhorns and roommates, who find a perfect foil in Jhantoo (Nikhil Vijay), a ‘veteran fresher’ who has been in first year for only four years now. The show is essentially about the (mis)adventures of the quartet, bringing in its wake formulaic mush, ragging, end-semester exam woes and the works.

It’s all done with a spirited rush, aimed at the young audience pie that digital platforms bank on. Honestly, the show won’t let down its target audience although, at the end of it all, you are left noting how there was nothing new actually, about what you watched.

Perhaps it is this precise honesty of intent that works for the series. “Hostel Daze” makes no pretence about serving any other purpose than being a breezy watch solely aimed at making you laugh with youthful fallacies – a lot of which is instantly relatable for most of us. Coupled with some effortless performances by the cast, it adds up to five episodes of a wholesome 30-odd minutes each.

A little more focus on setting a socio-cultural context for the young protagonists would be welcome, amid the brilliant sense of humour that the series caters, when it returns with season two. (IANS)