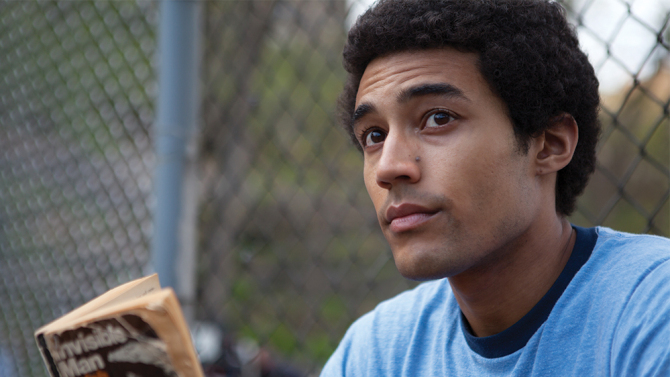 The director’s cultural identity is completely invisible in “Barry”. It is, in fact, a remarkably unostentatious look at a life that defies colour schemes and scoffs at the rigours of racism. The struggle, as shown in the film on the serene campus of one of the most beautiful educational universities in the world, is almost completely internal and unvarnished.

Devon Tarrell, as the young Obama, brings a radiant grace to his part. His handsome matinee-idol looks do not come in the way of his portrayal of a man who was born to rule at a time, in the 1980s, when African-Americans were beginning to emerge as a cultural force to reckon with.

Prudently, the narrative steers clear of demonstrating unreasonable levels of racism in the narrative. There are colour prejudices everywhere. But they don’t overpower the narrative. Nor are they used to create irrelevant empathy for the protagonist. We often feel that the young Obama is isolated not so much by extraneous circumstances as by his own sense of uniqueness in a posh institution where students of African origin were a rarity in the 1980s.

Uniquely, there is very little drama on screen. Director Gandhi curbs the tendency to embellish the narrative with flourishes and flamboyance even as ‘A life as historical as Obama’ was destined to be. Looking at Davon Tarrel’s fluent, graceful but laidback portrayal of the young Obama, we get a vivid glimpse into the tranquil soul of a future world leader who just happens to be a cool dude.

Davon plays young Obama as a still pool of water running deep and secreting turbulence within. It’s a performance of enormous accomplishment, more so than it outwardly appears to be. Towards the end of the film, there is a sequence in a bar during a wedding where Barry chooses to tell two black bartenders, whom he has just met, that his father has just died in Kenya. Moments such as these are played as songs tuned to the key of life… No rise and fall of dramatic music, no emotionally manipulative props, just… life, as played at the lowest most accessible ebb.

Sensibly, director Gandhi and his screenwriter Adam Mansbach seek out a centre to young Obama’s campus journey in a love story between the young conflicted Obama and a spunky rich white aristocratic girl Charlotte (Anya Taylor-Joy). Again, the relationship is stripped of bravado and melodrama.

A lot of the racial tensions remain muted and unspoken but are ultimately a vivid reality in this gently sketched biopic of a global leader whose mixed parentage proved to be more an asset than an encumbrance.

Freed of homilies and liberated of isms, Barry is a tender ode to adventurous youth in those formative exploratory years when the young try to find their bearings. Look out for an Indian actor named Avi Nash playing Barry’s forever-high-on-life-and-other-substances Pakistani roommate.

“Barry” is a film where nothing much seems to happen. It doesn’t strive to grab our attention. It simply claims our undivided attention by dint of its graceful attitude to life and politics. (IANS)