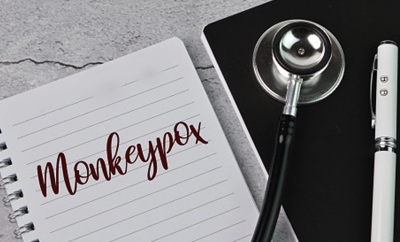 New Delhi– Amid rise in the global cases of monkeypox virus, the World Health Organisation (WHO) on Thursday recommended at-risk men to limit their sexual partners to reduce their risk of exposure.

More than 18,000 monkeypox cases have now been reported to WHO from 78 countries as wall as five deaths in Africa.

The best way to reduce risk of exposure is “making safe choices for yourselves and others”, said WHO chief Tedros Adhanom Ghebreyesus.

“For men who have sex with men, this includes for the moment, reducing your sexual partners.”

He also asked them to reconsider having sex with new partners.

Although 98 per cent cases are among men who have sex with men, the WHO Director General stressed anyone can get exposed to monkeypox.

“Transmission can also happen in households through close contact with people such as hugging, kissing and using contaminated towels or bedding,” Ghebreyesus said.

“This is an outbreak that can be stopped if countries, communities and individuals take steps needed to stop transmission and protect vulnerable groups including children, pregnant women and the immunosuppressed.”

He also stressed the need to avoid that stigma and discrimination which can be “as dangerous as any virus and can fuel the outbreak”.

While mass vaccination is not recommended at this time, the WHO recommends vaccine for those exposed to someone with monkeypox and those at high risk of exposure including health workers and lab workers as well as those with multiple sexual partners.

Ghebreyesus also called out against misinformation about the disease spreading online.

“As we have seen with Covid-19 misinformation,” it can spread rapidly online, he said, “so we call on social media platforms, tech companies and news organisations to work with us to prevent and counter harmful information”. (IANS)