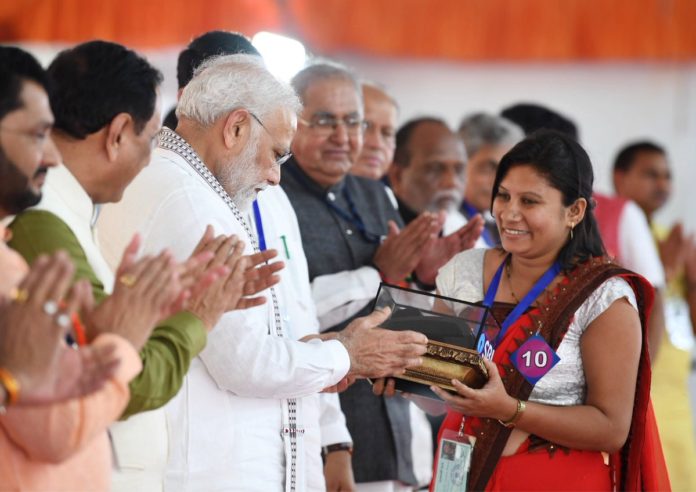 New Delhi– Cooperation in the Indo-Pacific region and infrastructure projects, particularly in terms of connectivity, will be major areas of focus when Prime Minister Narendra Modi visits Japan on October 28-29 for the annual bilateral summit with his Japanese counterpart Shinzo Abe, the External Affairs Ministry said on Thursday.

“It goes without saying that the Indo-Pacific will be a major topic for discussion between both the leaders,” Foreign Secretary Vijay Gokhale said during a media briefing here.

“If you make a comparison, you will see that there are a number of areas of convergence, of commonality, of common vision,” Gokhale said.

“The two leaders will obviously discuss how we can take this vision forward and present it to the world and try to see how we can concretise it.”

Gokhale said that one of the areas that the two leaders will discuss is how the two sides can collaborate in the Indo-Pacific region in the context of Asia and Africa by way of capacity-building and in infrastructure projects in a trilateral manner.

Last year, a quad comprising India, Japan, the US and Australia was revived that seeks to work for peace and prosperity in the Indo-Pacific region.

Gokhale said that the regional security situation will be another area of discussion in view of Japan’s interest in developments in the Korean Peninsula and in North Korea.

“We will certainly raise the issue of our concerns over terrorism and other international trans-border crimes,” he said.

The Foreign Secretary stressed that bilateral issues will be of special interest during the discussions between the two leaders, both at the one-to-one level and delegation-level talks.

He said that the foremost of these would be how to leverage Japan as a development aid partner for India’s economic modernisation and flagship development programmes like Skill India, Make in India, and Digital India, as also the Mumbai-Ahmedabad high-speed rail project.

The ground-breaking ceremony for the high-speed rail project was held during Abe’s visit to India in September last year for the annual bilateral summit.

With Japan already having released the first tranche of Rs 5,500 crore for the rail project, Gokhale said that discussions will now be held for the second tranche.

Also, there will be discussions on the Dedicated Freight Corridor that is close to its time framework.

With Modi describing Japan as the cornerstone of New Delhi’s Act East Policy, Gokhale said that connectivity projects in the Northeast will be of special focus during the discussions.

“We will be discussing about projects regarding district-level connectivity in the Northeast,” he said.

The Foreign Secretary also said that defence and security cooperation will be another important area that will come up for discussion.

During the course of the visit, Modi will also take part in a series of business meetings.

This will be Modi’s third visit to Japan for the annual bilateral summit.

India is the only country with which Japan holds an annual bilateral summit while India holds a similar summit with Russia too. (IANS)