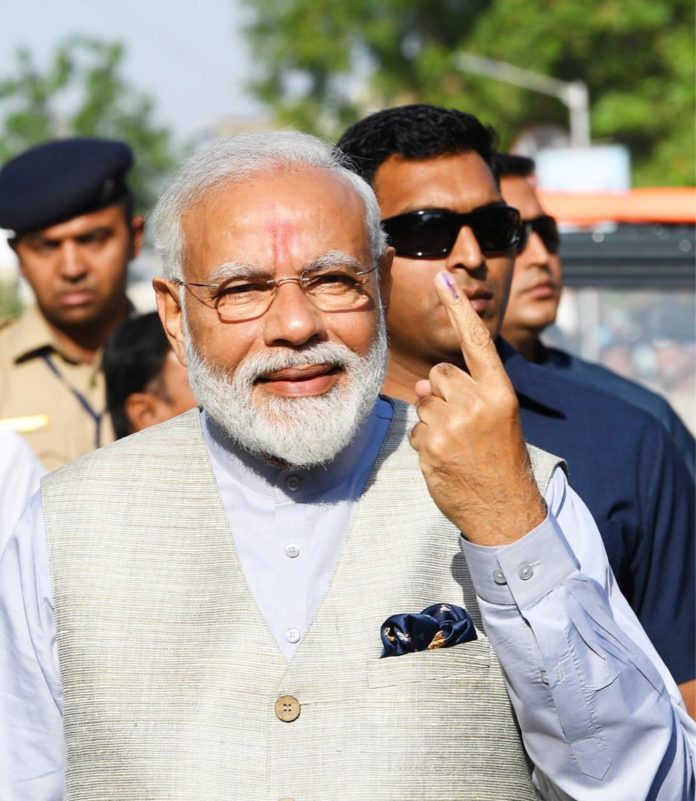 New Delhi–Narendra Modi continues to be the first choice for the Prime Ministership staying ahead of his nearest rival Rahul Gandhi by leaps and bounds, according to the latest finding of the CVOTER-IANS tracker.

A survey conducted on April 19 shows that Modi was ahead of Gandhi by more than 30 percentage points as the people’s first choice for becoming the Prime Minister.

When asked who is the most suitable candidate to become the Prime Minister in a sample size of 11,192, 56.83 per cent respondents said Narendra Modi. Gandhi was a distant second with 21.65 per cent votes.

Modi has been a clear choice for the Prime Ministership well before the poll process began and continued to retain his unchallenged position even after the second round of polling.

The BJP leader’s popularity had peaked in the first week of March crossing the 60 per cent mark and he continues to dominate the popularity charts.

Gandhi’s numbers have remained almost static as he has maintained his position of being a distant second. No other leader received any significant traction among the voters.

In states like Haryana, Himachal Pradesh, Rajasthan and Gujarat, Modi was the first choice of over 70 per cent respondents. (IANS)