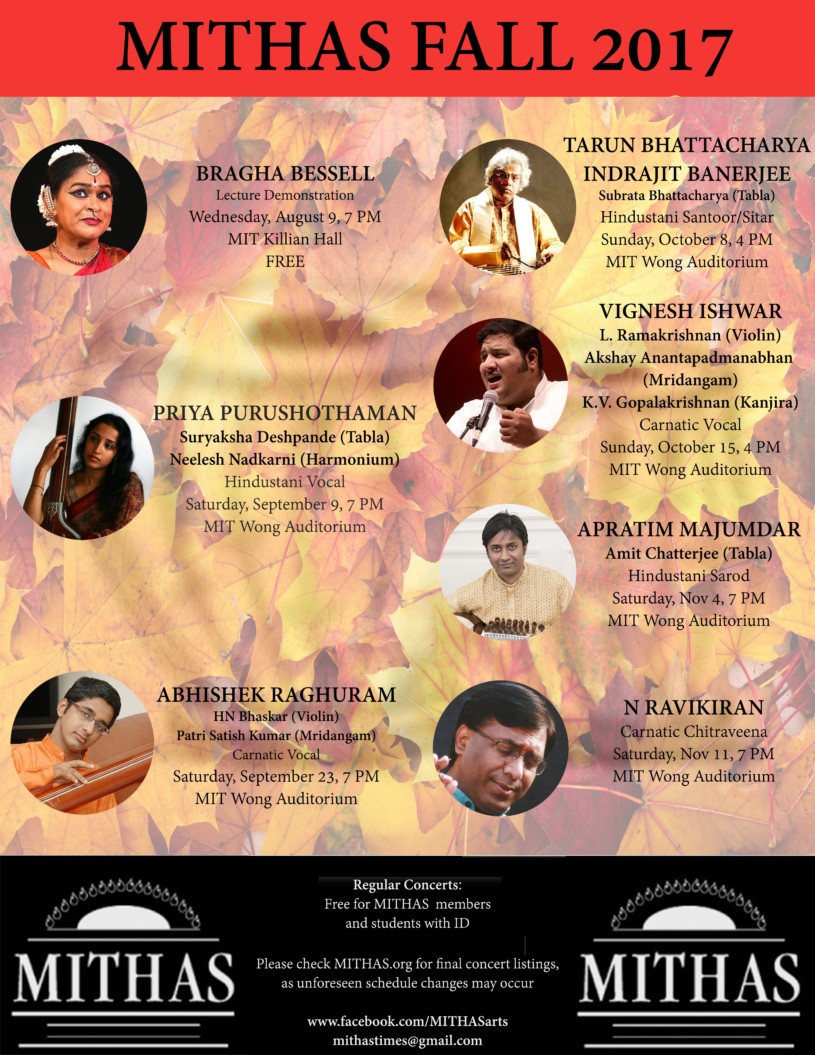 CAMBRIDGE, MA–MITHAS, MIT’s Heritage of the Arts of South Asia, turns twenty-five years old this fall season.  Founded in 1992, MITHAS (a term which means “sweetness” in Hindi) has presented hundreds of concerts and lecture-demonstrations to the Boston area of the classical music and dance traditions of India and Pakistan.

Focusing primarily on the classical instrumental and vocal music of North India (Hindustani) and South Indian (Carnatic) styles, MITHAS is both a function of MIT’s Music and Theater Arts Department as well as a semi-independent non-profit organization that raises its own funds.

Many of the greatest names in this world of music and dance, including Ali Akbar Khan, Pandit Jesraj, Zakir Hussain, T.M. Krishna, T.N. Sheshgopalan, Balmuralikrishnan, Bombay Jayashri, and so many others, have graced MIT’s stages with outstanding presentations of all that is most refined and musically literate in these ages-old traditions.

And, whereas the focus has been classical music, brilliant performances of dance have been offered by well-known artists such as Chitresh Das, Kelucharan Mohapatra, Natyakalalyam Dance Company, to name only a few.  And some of the stalwarts of lighter music such as Anup Jalotra and Anuradha Palakurthi have filled the halls with their appealing styles.  And noteworthy is MITHAS’ role in presenting American artists such as Allyn Miner, Ken Zuckerman, Steve Gorn, Warren Senders, and Gretchen Hayden.

Concerts are free to all registered students of any school or college as well as MITHAS Members.