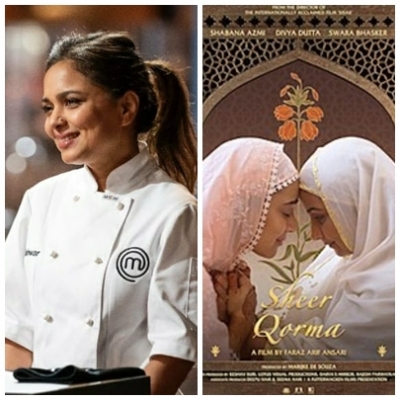 Mumbai– After being showcased at various film festivals across the globe, ‘Sheer Qorma’ is all set to be showcased at the Indian Film Festival Melbourne.

The film will be presented at the festival by MasterChef Australia finalist Kishwar Chowdhury.

Kishwar said: “I am eagerly awaiting to watch Faraz Arif Ansari’s ‘Sheer Qorma’. There is so much hype and excitement around the world for Faraz’s film. Anyone I speak to about it is anticipating and excited to watch it. I know how difficult it is to share and portray through cinema a subject matter that is so close to Faraz’s heart.”

The film starring Shabana Azmi, Swara Bhasker, and Divya Dutta is a story of love and acceptance. Faraz Ansari’s short ‘Sheer Qorma’ has been showcased at several LGBTQ festivals across many countries and has been winning and garnering positive responses for its powerful narrative.

She added: “As a society, we hide away some crucial parts of ourselves away. Those are the stories that most importantly need to be told, to be captured, and be given a voice. ‘Sheer Qorma’ is a film that champions a story like this. Faraz has boldly captured emotions through a story that tugs at your heart and that so many people around the world were waiting to see, something so real. Thank you Faraz for being brave, for being vulnerable, and bringing this film to life. I’m glad to be a part of this journey and present it at the Indian Film Festival Melbourne.” (IANS)