Shweta Tiwari: Daughter Palak is a better actor than I am

New Delhi– Popular television actress Shweta Tiwari feels her daughter Palak, who is all set to make her debut in Bollywood with the horror film ‘Rosie: The Saffron Chapter’, is a better actor than her.

The 40-year-old actress added that she would love to share screen space with Palak if she gets a chance.

Shweta told IANS: “I would love to work with her. At times she does these auditions and she does these scenes. I feel that she is a better actor than me. How easily she does. It is so effortless, I just keep looking. Sometimes I get emotional when I see her performing.”

“So, she is a better actor and I would love to perform with her if I ever get a chance,” she added.

Shweta has been a part of the small screen industry for over 20 years now. She gained the spotlight with her performance as Prerna Sharma Bajaj in ‘Kasautii Zindagii Kay’, and later featured in shows such as ‘Parvarrish’ and ‘Begusarai’, among others.

The actress doesn’t consider herself as a television star.

“I am not a star, I am an actor, a known actor. People know me, yes, I work, yes…There are two actors in the family,” she said.

Shweta, who is a part of the 11th season of ‘Khatron Ke Khiladi’ hosted by filmmaker Rohit Shetty on Colors, revealed that now since her daughter has joined showbiz, there are a lot of common topics to discuss.

“Yes, at least we have common topics to talk about. There are so many things that I learn from her and she learns from me. It’s a lot of fun when you have the same things to talk about,” Shweta concluded.

For KNMA’s latest ‘Art X’ series, Dia Mirza, UN Environment Goodwill Ambassador and United Nations Secretary and Pragya Kapoor, founder, Ek Sath Foundation discussed moving towards a greener lifestyle and changes that can be made in everyday life to support sustainability. A fitting end to the finale, this episode explored the roots of eco-consciousness and the wide ranging effects that even small changes can have.

Dia, an advocate for sustainable development goals, discussed the roots of eco-consciousness with Pragya. The two explored the arenas of a greener lifestyle and the effects of everyday small steps that could maneuver huge changes toward building a sustainable planet for a peaceful co-existence between different species of fauna and flora.

Wife of film director Abhishek Kapoor, Pragya Kapoor is known for championing the cause of love for nature, earth, and life. Her foundation celebrates nature through the acts of sustainability.

The Kiran Nadar Museum of Art (KNMA) established by Kiran Nadar released the series finale on August 8 as it will be available for streaming on all social media accounts of KNMA.

Huma Qureshi says she has lot to accomplish in her career

New Delhi– Huma Qureshi made her debut in Bollywood in 2012 with the two-part 2012 crime drama ‘Gangs of Wasseypur’. She was later seen in popular films such as ‘D-Day’, ‘Badlapur’, ‘Jolly LLB 2’, among many others.

Touching almost a decade in the Hindi film industry, the actress says she is grateful with her journey but feels she has a lot to accomplish.

After romancing the silver screen, Huma’s tryst with web-stardom came with series such as ‘Leila’ and ‘Maharani’.

Talking about her journey in Bollywood, Huma told IANS: “I feel grateful and happy. I feel I still have a lot to accomplish.”

The 35-year-old actress, who hails from New Delhi, is now gearing up for the release of her upcoming film ‘Bell Bottom’ starring Akshay Kumar. The espionage thriller is set for a theatrical release on August 19.

She reveals what makes this genre popular across all age groups.

“I think the whole fascination with the spy genre itself. So, I think that always plays like a big hook with the younger audience. It is the kind of story that will appeal to both the younger demographic in terms of style and also in terms of the older generation,” Huma said.

Anupria Goenka excited to get back to her work-travel life

Mumbai– Actress Anupria Goenka has started the shoot for ‘Asur 2’. The actress will step out of Mumbai after a long time as the project requires the cast to shoot at different locations. The actress is thrilled to travel once again.

Due to the pandemic, the entire industry was put on a stop as a precautionary measure. Recently the shoots have resumed and Anupria is happy about it.

The actress will first go to New Delhi and then to Manali for the shoot.

“I have been enjoying this phase of getting back to work. We all had been locked down in our homes for over a year and a half. Now that we have got a breather to go out and work, I am trying to make the most of it. Thankfully there is going to be lots of travel and I am totally looking forward to it…I’m sure these would be great times as I will be back in front of the cameras, which I absolutely love the most,” Anupria tells IANS.

The actress, who will also later go to Varanasi to shoot for an undisclosed project, is mindful of the necessary precautions required to keep herself snd everyone safe.

“Precautions are a must in this ‘new normal’. I have to wear a mask at all times. Only when I am giving the shot do I remove the mask. As soon as the director says ‘cut’, everyone in the cast is back on with their masks. No one in the crew is allowed to take off their masks and many are even in PPE kits,” she says.

The actress adds: “The makers have ensured regular rapid antigen tests on the sets, which help to identify if anyone shows any symptoms. Plus the sets and locations are sanitised thoroughly before the cast and crew arrive for the shoot. So the makers have ensured all safety and protection for everyone in the unit. We are sorted in that manner, I feel,” she says.

Mumbai– Superstar Aamir Khan goes nostalgic as his movie ‘Dil Chahta Hai’ is completing 20 years on August 10. For him it was one of the most memorable projects and a great working experience with director Farhan Akhtar and the entire cast. 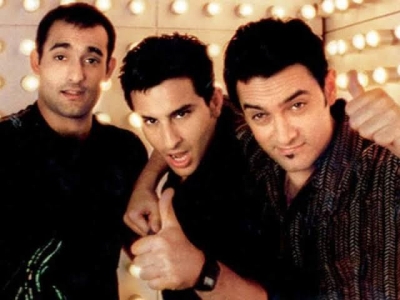 He says: “‘Dil Chahta Hai’ is one of my most memorable films. I think the energies of all of us coming together (Farhan, Ritesh, Zoya, Akshaye, Saif, Sonali, Dimple, Preity, me, Javed Sahab, Shankar, Ehsan, Loy, Basin, Avan, Ravi, Suzanna, Nakul, Subaya, everyone… ), brought something very special to the film.”

‘Dil Chahta Hai’ was released in the year 2001 and was the directorial debut of Farhan Akhtar. The film starred Aamir Khan, Saif Ali Khan, and Akshaye Khanna in the lead role. It was about three friends and the story revolves around them. It also featured Preity Zinta, Sonali Kulkarni and Dimple Kapadia, the music was by Shankar-Ehsaan-Loy and lyrics by Javed Akhtar.

Aamir adds further that ‘Dil Chahta Hai’ was one of the movies that came out with a distinct story and Farhan Akhtar as a director has done an incredible job.

“I loved the script, and I felt that Farhan was coming in with a completely fresh look at everything. His own vision and voice. As a result, ‘Dil Chahta Hai’ will always be remembered as a film that broke a lot of conventions in Indian cinema. I was working with a first-time director, but never once did it feel like that. Farhan was confident and personified. He was sure footed and completely in control. What a debut Farhan and Ritesh!” he concludes.

Lucknow– There is more trouble brewing for Shilpa Shetty as she and her mother Sunanda Shetty have been named in an alleged case of fraud in Uttar Pradesh. 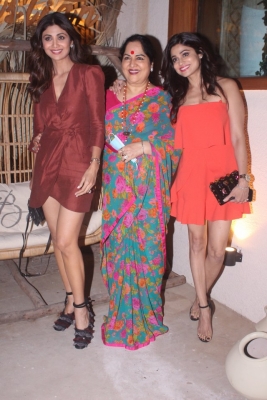 A team of Lucknow Police is expected to be in Mumbai to question Shilpa and her mother Sunanda in the alleged fraud case in the name of a wellness centre.

Two FIRs have been registered at Hazratganj and Vibhuti Khand police stations in Lucknow and the police has now intensified the investigation in both the cases.

According to police officials, Shilpa Shetty runs a fitness chain named Iosis Wellness Centre. The chairman of this company is Shilpa Shetty, while her mother Sunanda is the director.

It is alleged that Shilpa Shetty and her mother took crores of rupees from two people in the name of opening a branch of the wellness centre, but the promise was not fulfilled.

The Hazratganj Police and Vibhuti Khand Police have sent notices for questioning to Shilpa Shetty and her mother.

DCP (East) Sanjeev Suman said that the investigation officer in this case will leave for Mumbai on Monday to question actress Shilpa Shetty and her mother Sunanda. He will examine all the points in this matter.

Sanjeev Suman said that the matter is high-profile and hence the police are closely investigating all the points. (IANS)