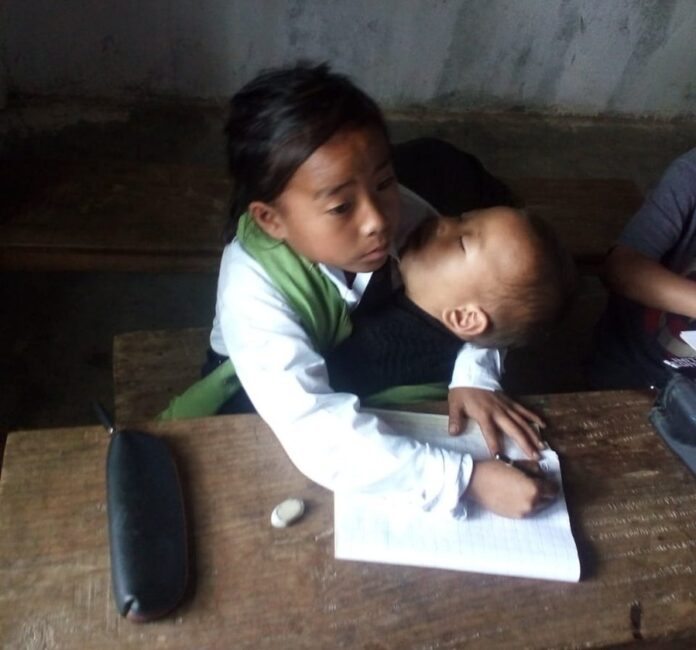 Promising to support the girl, the minister tweeted: “Her dedication for education is what left me amazed ! This 10-year-old girl named Meiningsinliu Pamei from Tamenglong, Manipur attends school babysitting her sister, as her parents were out for farming and studies while keeping her younger sister in her lap.”

In a bid to extend support to Pamei, he contacted the girl’s relatives and asked them to bring her to Imphal for a meeting with him.

“As soon as I noticed this news on social media, we traced her family and asked them to bring her to Imphal. Spoke to her family that I will personally take care of her education till she graduates. Proud of her dedication!” Singh, who also holds the Agriculture, Science and Technology department, said in another tweet.

According to the officials of Tamenglong district, since the girl’s parents were out of their home in the daytime for farming, the girl attended her classes while babysitting her sister, aged around 2 years, in her lap.