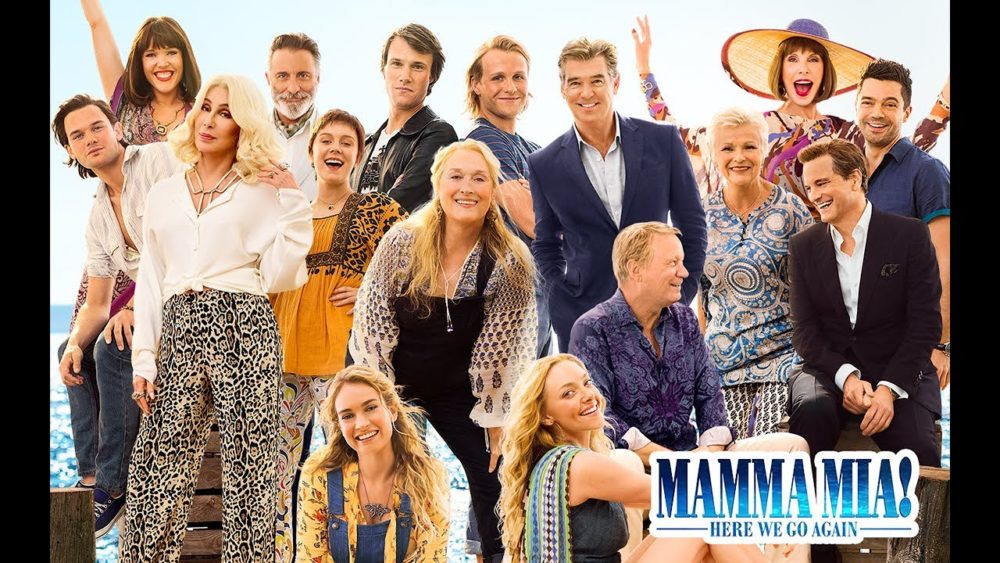 “Mama Mia! Here We Go Again”, despite its aggressively lame narrative that resonates on its themes of family, friends, and the importance of honouring the dead, is a pure pop bliss. It is both a prequel and a sequel to the 2008 released original, which was based on the 1999 musical of the same name.

The narrative oscillates back and forth between two timelines.

It is 1979 in Oxford. We watch the young Donna, the Meryl Streep character from the first, now performed by Lily James, graduate from school along with her besties Tanya and Rosie, performed by Jessica Keenan Wynn and Alexa Davies respectively, who are incredibly well-cast as the younger versions of Christine Baransku and Julie Walters. James is competent and it’s impossible to take your eyes off her in the film. Her storyline, hinted at in the original is fleshed out here. It shows us how she met and bedded the three possible men who would become her daughter Sophie’s father. 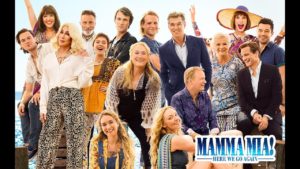 The young versions of the fathers portrayed by Jeremy Irvine, Hugh Skinner and Josh Dylan as Sam, Harry and Bill, are all well-cast in the sense that they resemble Pierce Bronson, Colin Firth and Stellan Skarsgard and they sing just as miserably.

In modern day timeline, Sophie, played by Amanda Seyfried, mourns the loss of her mother as she prepares to revive their refurbished hotel in her honour. She has marital problems with her lover Sky portrayed by Dominic Cooper, a love-hate relationship with her unsupportive maternal grandmother Ruby, essayed by Cher and various non-specific issues like her fathers can’t make it to the hotel inauguration.

The plotting of the tale is both awfully audacious and intensely lazy. Nothing quite sticks to the non-linear plot that inter-cuts between the two timelines, as every scene shoehorns in, another ABBA song.

The film, like its original, is packed with sing-along-able songs from their albums. It patches together a story out of the leftover tunes but also repeats some of their better known songs from the first. Nevertheless, the numbers hit the right emotional notes, except for the first number “When I Kissed the Teacher” that kicks this ensemble cast film into high gear.

Those who come for Cher and Meryl Streep will be a bit disappointed as they have a long wait before they make an appearance. Also with Streep clocking in a less than a five minutes of screen time, Streep’s fans will feel let-down.

Cher, however, has fun with “Fernando”, a strangely winning duet with Andy Garcia. The musical numbers, like the last time, consist of a ton of running and flailing, although nobody makes an impression as good as Lily James.

There are a few scenes that bring a smile to your face. Especially the scenes with Julie Walters and Maria Vacratsis, the lady who offers Donna her property for the hotel.

Overall, the film despite its shortcomings has a musty charm that keeps your toes tapping with memories of the 1970s with numbers like, “Dancing Queen,” “Super Trouper,” and the title track “Mamma Mia” itself.