All religions are based on fate, or some divine design and control over humans, and so are some philosophies (the universe conspiring to help you attain something you want, as Paulo Coelho says in “The Alchemist”). But also influential is the opposite view of an indifferent or even hostile universe, and foremost among its champions was this French thinker, whose untimely and unexpected death at the height of his prowess may prove the point.

In times when man has almost all he wants (usually nifty technological devices, fast vehicles and creature comforts beyond the imagination of his ancestors), but is still not satisfied, it seems appropriate — with his 103rd birth anniversary falling on November 7 — to remember philosopher Albert Camus, who told us that our life is a meaningless struggle, but also what we can do about it.

Usually considered an existentialist or nihilist — but rejecting both labels, Camus (1913-60), instead, propagated “Absurdism” — which does not reflect the word’s lexical meaning of illogical, but instead deals with the futility of man’s inclination to seek meaning in life given his incapability to find any. Hence the “absurd”, denoting the quest for an impossibility — not logical, but arising from human ability’s limitations — and not caused by either the universe or human thought but from their simultaneous, contradictory presence.

Though Camus was not the progenitor of Absurdism, which can be traced to the writings of 19th century Danish theologian, author, social critic and the “first existentialist” philosopher Soren Kierkegaard (1813-55), he can be credited with making it a distinctive system of thought, against existentialism and nihilism, with which it shared some concepts and theoretical underpinnings. He also suggested a more credible way to face up to it — at variance with his predecessor.

And in all this, Camus, deemed one of the brightest sparks in the City of Lights (though not born in the city or France proper) as post-war Paris entered its last glorious spell as a cultural hub before being overtaken by London and New York in the 1960s, did by a particular French expedient — the medium of fiction rather than a theoretical presentation.

His novels “L’Etranger” (“The Outsider” in English rather than the literal “The Stranger”) about the strangely indifferent Mersault, 1942; “La Peste”, 1947 (“The Plague”) about pestilence sweeping an Algerian town and the residents’ responses; posthumously-published fictionalised incomplete autobiography “Le Premier “Homme” (“The First Man”), 1995; and plays like “Caligula” about the homicidal and insane Roman emperor and his peculiar logic (1938, first performed 1945) set out his philosophical outlook better.

Camus did also write non-fiction as a vehicle, though these were long (even book-length) essays, than any structured accounts, and notebooks dating from 1935 to 1959. 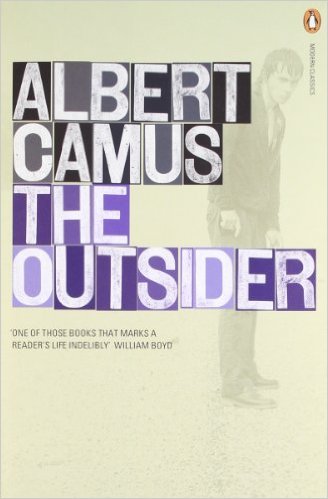 But what was his own life like? Born to a poor pied-noir (French settlers) family in what is now the Algerian coastal town of Drean, Camus had a poor but not unhappy childhood in Algiers, where he was raised by his mother, an unlettered house cleaner, after his father died in battle in the opening year of the First World War.

Though his education was hindered by both lack of money and poor health (he contacted tuberculosis in 1930, which kept him away from his favourite football), he graduated from University of Algiers in 1936 and began working as a journalist for socialist and anarchist publications.

In Nazi-occupied France during World War II, he was member of a French Resistance cell and became editor of its underground newspaper “Combat” in 1943. When Paris was liberated in August 1944, he witnessed and reported the last of the fighting. One of the few French editors to publicly express opposition to the dropping of atomic bombs on Japan, he resigned from “Combat” in 1947 when it became a commercial paper, and turned to literature full time.

Though his early thought appeared in his essay collections “L’Envers et l’endroit” (“Betwixt and Between”), 1937, and “Noces” (“Nuptials”), 1938, it would fructify in “The Myth of Sisyphus”, where he uses the example of the Greek mythological character condemned to roll uphill a heavy stone, which slipped back as soon he reached the top, to depict human existence.

What is the solution, asks Camus, but like Kierkegaard, rules out suicide. Though the Dane suggested a “leap of faith” or an irrational but necessary religious acceptance, Camus would not have this, suggesting instead embracing the absurd condition while defiantly continuing to explore and search for meaning. Thus he is firmly for humans taking the purpose of a meaning to their lives on themselves.

Awarded the Noble Prize in Literature in 1957 “for his important literary production, which with clear-sighted earnestness illuminates the problems of the human conscience in our times”, he died in a car accident in January 1960. He was supposed to take a train with his family but then accepted his publisher’s offer of a ride.

Providence? But not a benign one. (IANS)

Karnataka man kills self, poisons 3 children after wife elopes with...

Rishi Sunak ‘could head straight to US’ if he loses battle...