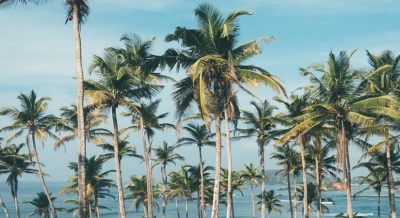 New Delhi– Coconut is revered in the cuisines of many Asian and international countries. Love knows no bounds, especially for foodies who will travel great distances to enjoy a delicious meal. Many people have an unrivalled love for coconuts, so the Asia and Pacific Coconut Community established World Coconut Day in 2009 to promote the activities of coconut growers while raising awareness about the fruit among those outside the growing community.

Hot on the heels of World Coconut Day which was celebrated on Sepetmeber 02, Booking.com curates a list of destinations, each of which has its own unique way of bringing this fruit to life and making exquisite cuisine from it. Whether it is shredded, whipped into ice cream, or mixed with spices, enjoy local delicacies made entirely of coconut in these locales.

Besides offering exotic scenic beauty of its Amazon rainforest, long beaches, sand dunes, delicacies made with coconut in Brazil will surely take your heart away. Beijinhos, is one such popular Brazilian treat made from sweetened condensed milk, butter, and coconut. Rolled into tiny balls, topped with some more shredded coconut and a clove on top, beijinhos are traditionally served at children’s birthday parties, but loved by young and old alike. Besides Beijinhos there are several other traditional Brazilian dishes worth trying like Canjica (coconut based pudding), Quindim (coconut custard cake) and more.

Khow suey is probably the first thing that comes to mind when you think of Burmese food. It is a delicious noodle dish made with egg noodles, curried chicken and coconut milk. Served with a variety of condiments, each spoon of soup is normally bursting with flavours and is sure to melt your heart away. One can also try simple yet classy Banana Pudding. Another dish worth trying is the Htamane, a traditional savory snack associated with the rice harvest festival held around the lunar month of Tabodwe (February).

The coconut has intertwined itself into the long-lasting culture of Vietnam and created a reputation as one of the most treasured foods in the country. Thit Kho is an iconic Vietnamese side dish that makes the most out of pantry ingredients! Every Vietnamese family has its own version of Thit Kho which is mainly Vietnamese braised pork belly and eggs in coconut water. Besides Thit Kho travellers can also try coconut candy, Che Dua Trang (rice pudding), coconut sticky rice and lots more.

This traditional Filipino dessert is a sweet salad. Cubes of green pandan jelly float in a mixture of shredded coconut, tropical fruit, and sweet coconut cream or sweetened condensed milk (buko means coconut in Tagalog). Buko pandan is traditionally served at a Filippino salu-salo, a dinner party or gathering of friends, and is especially popular around the holidays.

Hawaii’s beautiful island has its own distinct cuisine and desserts. One such well-known delicacy is Haupia, which has special meaning for the locals. Haupia is a traditional Hawaiian dessert (or snack) made from coconut milk and served in small cut squares or as a pudding. It can also be used in dessert recipes like pie, ice cream, hand pies, cake, fruit salad, and others. (IANS)