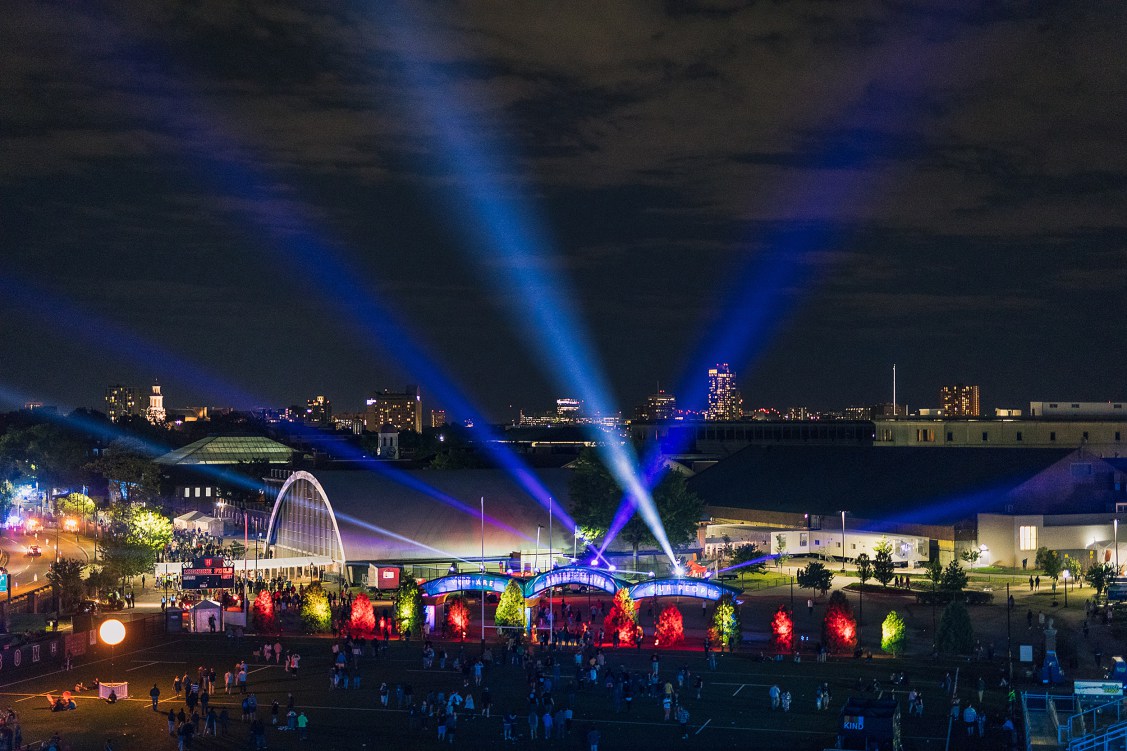 The bright sparkle of the new year leads right smack into the dead of winter, which can be draining and eventually dispiriting. But if you drill down, what comes with the dark days is the unfolding schedule of a fresh slate of arts and entertainment events to anticipate for the months ahead. (Photo Ty Johnson.)

It’s possible to start making concert and theater plans now, when most of the best seats are still available. This is when the year’s big-ticket events are booked and announced, the better to build a buzz around them.

If, for instance, you want to get into the Opera House to see September and October’s performances of “Hamilton,” the Lin-Manuel Miranda musical sensation that won multiple Tonys, delighted critics, and ticked off a vice president, you’d better get cracking. Tickets for the show, which is set to run Sept. 18–Nov. 18, aren’t officially on sale yet, but that hasn’t stopped resale sites from offering prime seats for $1,000 and up. When tickets do become available through the box office, you can bet they won’t last long, so now’s the time to start planning.

A less-hyped but quite worthy musical comes to the same venue for two weeks starting Feb. 20. It’s “Waitress,” originally an endearingly quirky indie film by Adrienne Shelly, and given new life with a musical score by the equally quirky Sara Bareilles. It’s famously the first Broadway production with an all-female creative team, and its history with the Boston area goes back to 2015, when the show had its world premiere at the American Repertory Theater (A.R.T.) in Cambridge. Tickets for the current version are readily available — and won’t cost you a grand.

Not to be left out, the A.R.T. teams with another songwriter for this spring’s world premiere of “Jagged Little Pill,” based on the 1995 Alanis Morissette album, and playing May 5–June 30. You oughta know what the music will sound like, but how it will translate to live theater is the challenge. Some top talent is involved, including writer Diablo Cody of “Juno” fame. (Morissette isn’t expected to be onstage, though she’ll likely be in town to oversee.) If the show causes attendees to relive their first high school romances, they probably got it right.

A sweeping topic if there ever was one, “Art in the Age of the Internet” is the theme of an exhibit that opens Feb. 7 at the Institute of Contemporary Art (ICA) and runs through May. The roster of artists spans the world and covers at least two generations, and the themes are equally wide-ranging. The exhibit will examine how internet has changed the culture around art — in its distribution, production, and reception — along with its impact on art forms themselves.

In recent years, the Boston Calling festival has become a rite of passage for college and high school students, as either the last graduation celebration or the first blast of the summer. The festival will again take place at the Harvard Athletic Complex from May 25 to 27. This year’s lineup is packed with big names in hip-hop and indie rock such as Eminem, Jack White, Queens of the Stone Age, The National, Fleet Foxes, and Tyler, The Creator, among others. There will be actors, comedians, and podcasts as well, including Natalie Portman, Carmen Esposito, and Pod Save America.

Another seasonal marker is the “Hot Stove Cool Music” show Feb. 3 at the Paradise, an event founded under the Red Sox’ auspices. (The shows benefit former Sox general manager Theo Epstein and his brother’s Foundation to Be Named Later, which mostly raises educational funds for underprivileged kids.) The show is partly a Sox lovefest and partly a showcase for local and national names (but perhaps not as big a name as last year’s special guest, Eddie Vedder). The locals who appear most years include Bill Janovitz (Buffalo Tom), Seth Justman (J. Geils Band), Kay Hanley (Letters to Cleo), Mike Gent (the Figgs), and Juliana Hatfield. You don’t have to be a baseball fan to get behind an all-star team like that.

The best news on the local concert scene is that the City Winery, the music venue that looked like it would never open (thanks to multiple delays beginning in late summer) finally swung its doors wide a few weeks before Christmas. This is decidedly not a scruffy rock ’n’ roll club, but if your tastes run to gentle music, relaxed atmosphere, and good wine (yes, they make their own), this may be your new favorite hangout.

So far they’ve done a commendable job booking legends of the singer-songwriter world whom you can’t always see elsewhere — from alternative country hero Steve Earle (Feb. 3 and 16) to ’60s Greenwich Village folk mainstay Eric Andersen (April 12), to well-liked local songwriters (and stepsisters and ex-Throwing Muses members) Kristin Hersh and Tanya Donelly, who play their first-ever duo shows on March 10 and 11. For those whose memories go back further, we’ll put in a special plug for the Zombies (March 3 and 4), the British Invasion-era band whose latter-day reappearance has been a real revelation. They still do the hits (the peace-and-love anthem “Time of the Season” being the best-known) but have been writing worthy new material. And with apologies to Messieurs Jagger and McCartney, Colin Blunstone is the only rock front man from that era whose voice is not only fully intact but even more soulful.

Speaking of ’60s legends, the summer of 2016 saw memorable performance at the Blue Hills Bank Pavilion by Queen of Soul Aretha Franklin. Midway through the show, she cued the band to quiet down and revealed to the audience that she’d recently come through some unspecified health issues that she hadn’t thought she’d survive. She then testified her way through an intense version of “Bridge Over Troubled Water.” Franklin cut her tour short the next day, so it seemed that might be her last show. But she returned to touring last March, and makes her local return at the Wang Theatre on June 2. We can’t promise she’ll be as great this time — or, given her concert history, that she’ll even perform — but she’s worth the gamble.

So, probably, are eternal arena-rock flag-wavers U2 (at TD Garden June 21 and 22), whose 2017 tour, built around the 20-year-old “Joshua Tree” album, was heartfelt enough to shut down the cynics. This time they’re touring new material, from the twin albums “Songs of Innocence” and “Songs of Experience” (the former, you’ll recall, was the one that landed in your iTunes when you weren’t looking). They’ve been going in and out of style, but don’t count out Bono and the boys just yet.

That’s just a sampling of the upcoming season’s higher-profile arts events. But the one that changes your life could just as easily be some obscure club gig or workshop production. So make a resolution to get out there and investigate.