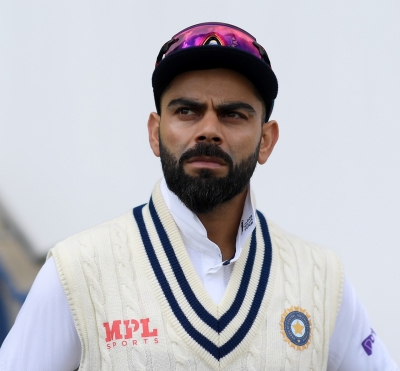 New Delhi– India’s star cricketer Virat Kohli is going through a long patch of poor form. Kohli, one of the finest all-format batsmen in modern day cricket, has been struggling with the bat for almost two years.

Kohli, 33 has not scored a century since November 2019, when he scored 136 against Bangladesh in Kolkata. Recently, Kohli failed to produce a big knock in the fifth Test Match against England. Kohli scored 11 and 20 runs in the two innings as England won the test by 7 wickets.

Former fast bowler Ashish Nehra now has backed Virat Kohli to get some chances due to his performances in the past.

“There will be discussions even if you’re not a player of Kohli’s caliber. When you are playing, you try to focus on your game and not listen to so-called ‘outside voices’ from people outside the dressing room. It’s important how your teammates, management, and selectors are backing you,” Nehra was quoted as saying by Sony Sports.

“But we are talking about a guy like Virat. Yes, it’s not written anywhere that he will keep playing for India even if he doesn’t score runs. But when you have done so much in the past, you will always get extra chances,” Nehra stated.

“Everybody knows his accomplishments and the talent he has. At the age of 33, fitness isn’t a problem for him. Everybody is hopeful that Virat will come good, the quicker the better. Let’s hope we see a different Virat after the West Indies series. If he rests for a month or five odd weeks, it will be helpful for him,” Nehra added. (IANS)