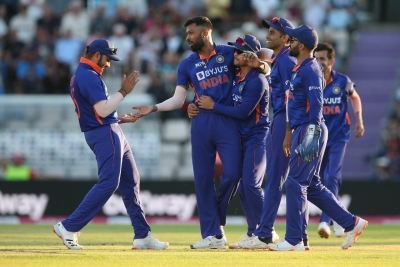 Mumbai– Indian cricket team on Thursday announced their squad for T20I series against West Indies with Virat Kohli and Jasprit Bumrah missing out.

Kohli, who was out of the 1st ODI against England with a groin injury, has not been included for the West Indies’s T20Is as well. However, BCCI in its official statement hasn’t mentioned whether he has been rested or not picked due to injury. On the other hand, pacer Bumrah’s name is also missing from the squad.

Rohit Sharma will lead the side while KL Rahul and Kuldeep Yadav, who had missed the home series against South Africa due to respective injuries, have made their comeback. However, their inclusion in the squad is subject to fitness.

The five-match T20I series against the West Indies will start from July 29 and will go on till August 7.

The first match will be played at the Brian Lara Stadium in Trinidad, followed by the other two games, both of which will take place at the Warner Park in St Kitts. The series will conclude with the final two games to be played at the Central Broward Regional Park Stadium Turf Ground in Florida.