Starring Sidharth Malhotra, Alia Bhatt, Fawad Khan, and Rishi Kapoor, the Karan Johar production grossed a terrific $598,084 in its second weekend in theaters to raise its ten-day total to $1.9 million which surpassed the $1.8 million of “Airlift.” 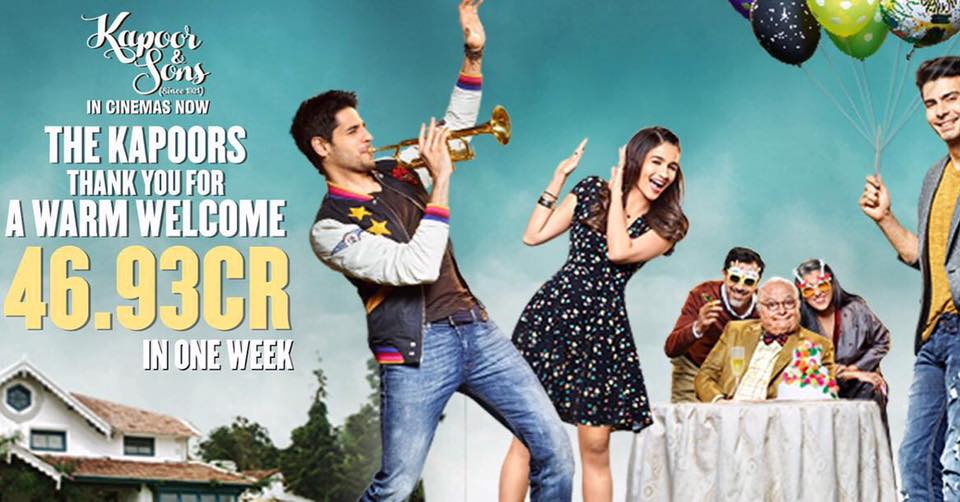 Bollywood films routinely drop by 60% or more in the second weekend but fantastic word-of-mouth for “Kapoor & Sons” has led to only a 39% decline. The Times of India gave the all-star film four stars stating “Wicked, witty and wise, Kapoor & Sons does Karan Johar proud!” Bollywood Hungama also gave a four-star review remarking “Kapoor & Sons makes for an excellent movie that you must watch with your entire family!”

“Kapoor & Sons” is now playing in 153 theaters across North America.

“Kapoor & Sons – Since 1921” is a dramedy that sure knows how to put the fun in “dysfunction”. Rahul and Arjun, two estranged brothers are forced to return to their childhood home when their 90-year-old Grandpa gets a heart attack. While living under one roof, family secrets unravel and misunderstandings are on the verge of turning into tragedy. What follows is what families are made of … chaos, humor, heartache and redemption. Can the Kapoors get past the lies and betrayal? Can they forgive and forget? Can these imperfect people come together, to make the perfect family?