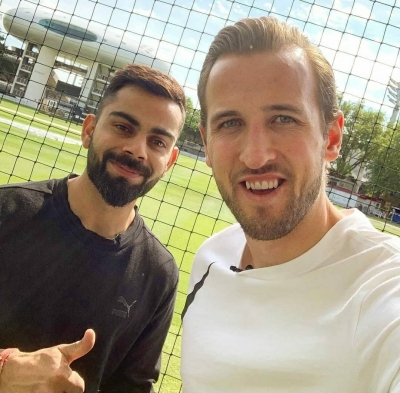 New Delhi– England football team captain Harry Kane and India cricket team captain Virat Kohli may be the biggest stars in their country in their respective sports but when it comes to winning titles, they have drawn zilch in leadership positions.

Kane had a golden opportunity to win the Euro 2020 but his team fell short in the final against Italy.

In the 2018 Football World Cup, Kane’s England lost in the semi-finals to unfancied Croatia. A year later, Kohli’s India lost the semi-final to dark-horses New Zealand in the Cricket World Cup semi-finals.

While the premier domestic club competition in cricket is the Indian Premier League and Virat Kohli is yet to win it either as a player or as a captain. He has played for Royal Challengers Bangalore, has been the face of it, and even earned the player of the tournament award in 2016 after racking up 973 runs in the season. But he has not yet clinched a title.

Kohli has also failed to win the Champions Trophy 2017, losing in the final, and most recently his team came short in the World Test Championship final against New Zealand.

Likewise, the Tottenham Hotspur vice-captain Harry Kane has failed to lift the Premier League trophy despite having won the Golden Boot for scoring the most goals in a season.

Late last year, during IPL 2020, Kane tweeted a video and wrote in the caption accompanying it, “Got a match winning T20 knock in me I reckon. Any places going for @RCBTweets in the @IPL next season @imVkohli??.”

Kohli, who had led RCB to the play-offs in IPL 2020 quote-tweeted the video and said, “Haha good skills mate. Maybe we can get you in as a counter attacking batsman.”

Knowing their common fate in big tournaments and leagues, it will only be apt that they play for a team together sometime in the future.

Who knows, it may work out and their luck may change. (IANS)