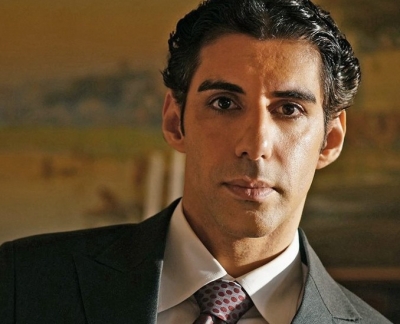 Mumbai–Actor Jim Sarbh, who effortlessly slips in and out of characters, will be very soon essaying the pioneer of the Indian nuclear programme, Homi J. Bhabha in the upcoming series ‘Rocket Boys’.

The period drama, which also stars Ishwak Singh, chronicles the journey of Homi Bhabha and Vikram Sarabhai on their dream to make India a nuclear and space power.

In a recent conversation with IANS, Jim spoke about playing the legend, his understanding and approach of the character, working in the set up of a science period drama and how he explored other art forms to deliver his best for this character.

Here are the excerpts from the interview.

Bifurcating his and the team’s responsibilities on the project, he says, “The team had done a lot of research on the historical accuracy. My responsibility was to represent the man and humanise a person whom we look at with great sense of respect.”

He explains the cerebral composition of the character, “When a person does something, it does not have the weight of the future, it happens in the moment. So I tried to focus on the moment.”

Adding to that, he says, “How do you approach a character who thinks differently from an average person? There are many factors which influence the role of such a person. For example, what are they thinking or are they apologetic or how charismatic would they be? Bhabha was very rooted and he played a major role in advancing Indian science and technology.”

He then goes on to share the documents that he referred to, “Apart from reading about his life and watching whatever footage I could find. I tried to read some of his correspondence for some of his letters and read about how people refer to him.”

“He was graceful when required or even bullish when required and was a person who usually thought a bit faster than everyone else in the room. So we tried to represent that.”

Ask him if he ever felt the pressure while portraying such an eminent scientist, and he responds, “I just tried to play my part and I had enough anxiety trying to just deliver the lines perfectly. Because they are usually complicated lines as they are full of technical and scientific jargon that the character would have known in the back of his head.”

“I just tried to solve problems day in and day out exactly like he would have.”

Sharing his thoughts on the genius that Homi Bhabha was, he mentions, “Fact of the matter is like at the time he was trying to provide perfection and self-reliance in a time when the technology was complex, challenging and minuscule.”

“But comparatively India was a new and young country where the technology was very limited so for these men (Homi Bhabha and Vikram Sarabhai) to have done what they did at that time is just incredible.”

Talking about taking up art forms other than acting for his part in the show, he says, “I had the privilege of being born in a family where my grandfather started the first art gallery in Bombay, the Pundole art gallery. It has been a major influence in my life all through the times.”

“As far as violin goes I did pick it up and I tried and did lessons for quite a few months from the start of this project to the first lockdown I was learning violin and it is hard work and is one of those things where you have to practice 2-3 hours a day, he concludes.

‘Rocket Boys’ directed by Abhay Pannu, will be available to stream on SonyLIV from February 4. (IANS)