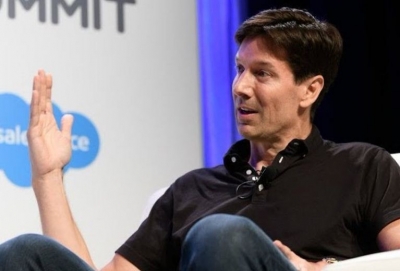 New Delhi– Mark Russinovich, the chief technology officer of Microsoft Azure, has said that developers must stop writing codes in programming languages C and C++ and the industry should treat these computer languages as “deprecated”.

The developers should rather write codes in “Rust,” a multi-paradigm, general-purpose programming language licesed by MIT and Apache 2.0 (dual-licensed), due to security and reliability concerns in C and C++ languages.

“Rust” is now being used within the Android Open Source Project (AOSP) at Meta, at Amazon Web Services (AWS) and Microsoft, reports ZDNet.

“Speaking of languages, it’s time to halt starting any new projects in C/C++ and use Rust for those scenarios where a non-garbage-collected (GC) language is required. For the sake of security and reliability. the industry should declare those languages as deprecated,” Russinovich said in a tweet.

Microsoft recently said that 70 per cent of its security patches in the last 12 years were fixes for memory safety bugs “due largely to Windows being written mostly in C and C++”.

Google Chrome also said that 70 per cent of all serious security vulnerabilities in the Chrome codebase were memory management and safety bugs written mostly in C++.

“There is an enormous amount of C/C++ that will be maintained and evolve for decades (or longer). That said, I’ll bias towards Rust for new tools,” Russinovich further said.

Rust is a promising replacement for C and C++, particularly for systems-level programming, infrastructure projects, embedded software development and more.

The language expanded significantly over time, and modern C++ now has object-oriented, generic, and functional features in addition to facilities for low-level memory manipulation.

For 84 per cent professionals in the country, machine learning (ML) followed by statistics are the two most in-demand skills that recruiters are looking for in data science professionals, a report said recently.

Python remained the most used programming language across all sectors, according to the report by Great Learning, a BYJU’s group company. (IANS)

YouTube Premium gets price hike for family plans to $22.99 per month

Will Musk make Vaibhav Balghare next Twitter celebrity from India?