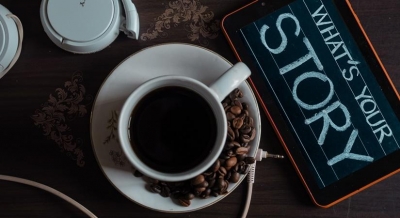 New Delhi– Who doesn’t love a good cup of coffee? Whether it be an early morning aperitif to start your day or something to relax that hardened body after a busy day in the office, or maybe a simple hot cuppa to have on a rainy day. Coffee has been consumed for centuries. Many swear by it as well.

Coffee by itself is a known concoction of a multitude of chemicals, the most famous being caffeine, other chemicals present include chlorogenic acid, putrescine, among others. Manufacture of coffee entails the usage of multiple chemicals, fertilisers, insecticides, among others.

Thus simple coffee is a powerhouse of chemicals.

Many have asked me whether coffee can cause cancer. Conventional wisdom would say that excessive consumption would somehow be associated with the dreaded disease. Anything in excess would be deleterious, why should coffee be different.

However, studies suggest something else, a few studies done on the topic show that coffee is not associated with cancers in general. A few studies have been associating coffee with the risk of bladder cancer and lung cancer, but no conclusive evidence has been obtained.

In colorectal cancer, liver cancer and breast cancer, coffee has also been shown to have a protective effect.

Now, one must understand that none of these is absolute, and a lot more studies are needed regarding this to prove a protective or destructive association conclusively. Polyphenols present in coffee are known to have a beneficial effect in preventing cancer and other diseases such as hypertension and heart disease; while acrylamide present is known to be carcinogenic with an association seen with lung and bladder and blood cancers.

A study published in 2020 did a meta-analysis of all the previous studies done to try and search for the association between cancer and coffee consumption. After studying a total of 36 different papers on the same, they came to the conclusion that coffee was in fact protective against endometrial cancer, liver cancer, melanomas, oral cancer and pharyngeal cancers. Coffee had some association with urinary bladder cancers and a possible association with lung cancer. The International Agency for Cancer Research also agreed upon the above findings with regard to the reduced risk of cancer with a special emphasis on liver cancer and endometrial cancer.

They could find no positive association between any cancer forms conclusively.

Finally, I would like to share my opinion on the whole conundrum of coffee and cancer. The most common answer I would give my patients who ask these questions would be that coffee is safe! It had been consumed by our ancestor’s eons back and continues to be consumed now. Any item consumed in excess is harmful, and coffee is the same. Small quantities make no difference. Many studies carried out to try to find associations between certain items and diseases, and some may be overstating that association as well. We should not read too much into each article we find, rather critique it with a stable head. Over a nice hot cup of coffee! (IANS)