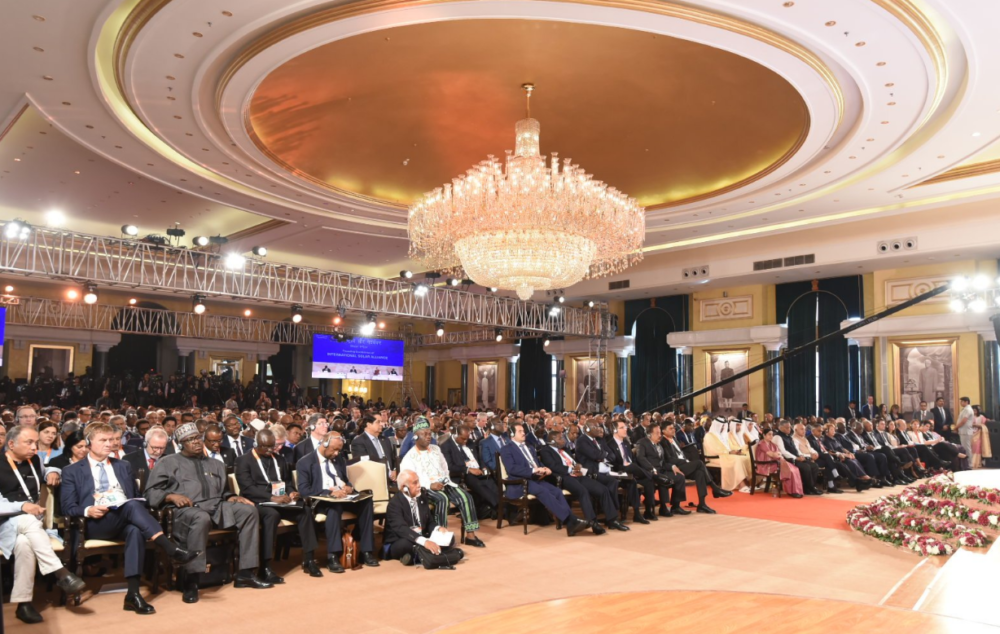 New Delhi–Member states at the founding conference of the International Solar Alliance (ISA) here on Sunday pledged to pursue an increased share of solar energy in their overall power consumption thereby realising the huge potential the sector offers to create jobs and empowering poorer communities.

A three-page ‘Delhi Solar Agenda’ issued at the end of the conference stated that the ISA reiterated its commitment to the 2030 UN Agenda for Sustainable Development that calls for eradication of poverty in all its forms and dimensions and for transforming our world in which development and application of technology are climate-sensitive, respect biodiversity and are resilient.

It is open to all 121 prospective member countries falling between the Tropics of Cancer and Capricorn. Of these, 61 have signed the framework agreement and 32 have also submitted their instruments of ratification.

The Agenda emphasised that “our endeavour has the potential to achieve sustainability by generating growth, enhancing skills, creating jobs, unleashing entrepreneurship, fostering innovation and increasing incomes”.

It acknowledged “the importance of access by women and youth to advance knowledge and solar energy technologies, especially in poorer communities, rural and remote areas”.

The ISA member states also agreed “to increase their efforts to pursue an increased share of solar energy in the final energy consumption in our respective national energy mix, as a means of tackling global challenges of climate change and as a cost effective solution by supporting and implementing policy initiatives and participation of all relevant stakeholders, as applicable, in our respective states”.

It also called for exploring innovative financing mechanisms that can generate a sustainable market for the deployment of cost effective solar technologies, coupled with constructive policy initiatives to catalyse public and private investments to reduce the cost of solar projects in developing countries.

The member states agreed to facilitate joint research and Development, to consider off-grid solar applications to cater to the energy requirements of poorer and remote communities and to facilitate awareness and skills enhancement of local communities in the monitoring and maintenance of solar technologies.

Earlier in the day, addressing the inaugural session of the conference, Prime Minister Narendra Modi presented a 10-point action plan to promote the use of solar energy.

He called for concessional financing at lower risk for solar projects and said regulatory aspects and standards should be developed to find solutions fast.

French President Emmanuel Macron, who co-chaired the conference with Modi, announced an additional investment of 700 million euros for global solar energy generation by 2022 to reduce the use of fossil fuel and help combat climate change.

Without taking US President Donald Trump’s name, Macron said that while some left the climate deal, others stayed because they wish good for their children and grandchildren.

He lauded India’s solar commitments that has 20 GW installed solar capacity – one of the fastest growing in the world. The country has increased its solar power capacity by about eight times over the past four years.