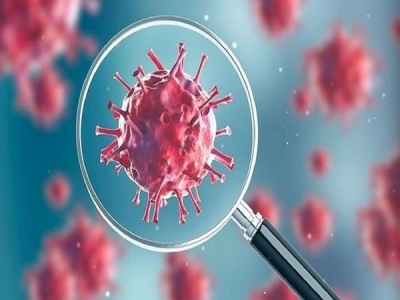 While it has been known since the early days of the pandemic that inflammation leads to significant respiratory distress and other organ damage, scientists have struggled to pinpoint the triggers behind the inflammation.

The studies – one published in Nature, and the other a preprint posted online and not peer-reviewed – implicate two types of white blood cells: macrophages in the lungs, and monocytes in the blood. These cells, once infected with the virus, trigger the inflammation.

The studies also reveal how the virus enters those cells, as well as confirms that the virus can infect and replicate in immune cells. The findings could offer a potential target for drug development.

In the Nature paper, researchers from Boston Children’s Hospital in the US examined blood samples from people with Covid-19.

They detected a type of cell death associated with inflammation, known as pyroptosis, in about 6 per cent of monocytes – ‘early responder’ immune cells that patrol the body for foreign invaders.

The virus was probably activating inflammasomes – large molecules that trigger a cascade of inflammatory responses that ended in cell death, the team said.

Another type of immune cell, macrophages in the lungs of people who died of Covid also showed activated inflammasomes. A fraction of these had been infected with the virus, the report said.

In the second study, posted on bioRxiv, researchers at Yale University School of Medicine, showed that the Covid virus could infect and replicate in macrophages in human lung cells and in a mouse model of the human immune system.

But injecting drugs that blocked inflammasomes prevented severe respiratory distress in the mice. The drugs “rescued the mice so they were not as sick”, Esen Sefik, an immunologist at Yale was quoted as saying.

This suggests that infected macrophages have a role in the pneumonia observed in people with severe Covid-19.

Further, when inflammasomes were activated, the virus stopped replicating in the cells. But when the researchers blocked inflammasomes, the macrophages started producing infectious virus particles, suggesting that macrophages can assist infection, the report said.

Both teams of researchers also showed that in the absence of ACE2 receptors, the virus’s main entry point, SARS-CoV-2 enters both immune cells through another surface protein, known as the Fc gamma receptor, with the help of antibodies.

When the virus encountered antibodies attached to the Fc gamma receptor, instead of the virus being disabled, it got scooped up into the cell, the report said. (IANS)